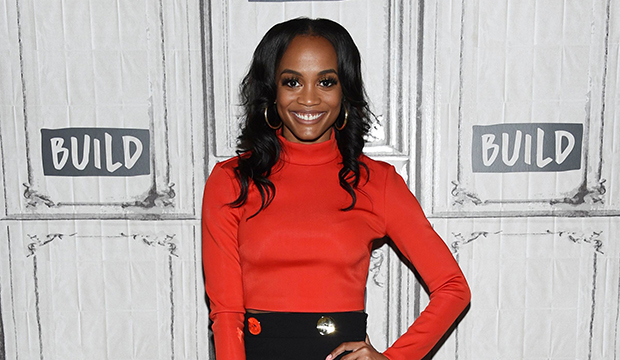 The “Bachelor” franchise is alive and kicking with multiple spin-offs, but former Bachelorette Rachel Lindsay doesn’t believe it can survive and thrive for much longer if it doesn’t make some necessary changes.

In an interview with the Associated Press that was conducted in the fall but not published until this week, after Clare Crawley‘s “Bachelorette” announcement, Lindsay, the first black Bachelorette, called on the franchise to be more diverse.

“If I could change one thing, it’s the show doesn’t reflect the real world,” Lindsay said. “You’re just now having on ‘Bachelor in Paradise’ your same-sex relationship, and they had to bring someone who wasn’t a cast member on the show in to make that happen.”

The attorney was referring to Season 6 of “Bachelor in Paradise,” on which Demi Burnett‘s girlfriend from home, Kristian Haggerty, joined. The pair, who later split, was the first same-sex couple in Bachelor Nation history.

As the franchise’s only black lead, Lindsay, who led a conversation about online harassment on Monday’s “The Bachelor: Women Tell All,” feels “a responsibility” to speak out about the homogenous casting choices that have frustrated fans and critics alike for years.

What changes would Rachel Lindsay make for #TheBachelorette and #TheBachelor? She says she easily knows what they would be, and that she’s “not gonna be quiet” about them. The former “Bachelorette” is unsure how much longer the franchise can continue in its current state. pic.twitter.com/Zlvar6MEOp

“The girls all look the same way,” she continued. “My first reaction to when somebody said, ‘You should be on ‘The Bachelor,” I said, ‘Black people don’t go far on that show.’ We laughed about it but it’s actually true. My biggest complaint is that the show does not reflect what the real world looks like. I would have women of all ages. I mean, there has to be a cutoff point, but I’d have women of different shapes, sizes, backgrounds, ethnicities. I would change it completely. I say ‘women,’  [but] men as well, obviously.”

For what it’s worth, it does appear the franchise is making some small strides to step out of its comfort zone of young (read: twentysomething), hot and white cast members. At 38, Crawley is the oldest Bachelorette star and just the third one in her 30s, following Trista Rehn, who was 30, and Lindsay, who was 32. The franchise is also developing a spin-off for seniors.

And if it doesn’t grow and expand its horizons beyond thirsty influencers, Lindsay, who married Bryan Abasolo, the winner of her season, last year, is ready to call time of death.

“I honestly don’t know how much longer the show can survive in this day and age, just to be honest, because social media spoils so many things. I mean, you don’t even need Reality Steve. People take pictures, they give it to TMZ or some other media outlet, they’re spoiling everything,” Lindsay told the AP. “So many people come on, no job, no career, never worked a day in their life because they’re going to build it off of being Instagram famous or any other type of social media that you want to insert in there. I think it’s going to be harder for them to find relationships that work. … The show is either going to have to change or it’s gonna end.”