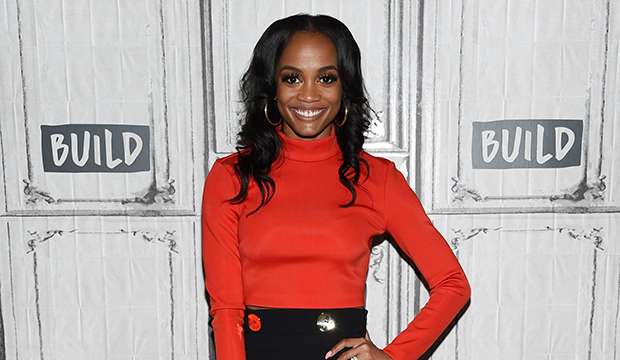 Rachel Lindsay “can’t continue” with the ‘Bachelor’ franchise if she doesn’t see any change to address its long-standing race issues.

In an interview on the “Bachelor Party” podcast on Thursday, the Season 13 Bachelorette said she’s “conflicted being a part of a franchise that needs systemic change,” especially in light of the nationwide protests and Black Lives Matter movement spurred by the death of George Floyd, who was killed on Memorial Day after a white police officer pressed his knee into his neck for nearly nine minutes.

“They’re part of the problem and there’s no way to talk around it. You have to speak directly to it,” Lindsay said. “At this point, you’re seeing what’s happening, the franchise is seeing what’s happening — the higher-ups — how do you not feel like you’re contributing to it? How do you not fee like, ‘OK, at this point, the world is watching, we need to change something’? And it shouldn’t have taken this to push you to do that, but you can’t look at what’s happening and not think, ‘We have to do something as well.’ … I can’t continue if I don’t see some sort of change.”

Asked what kind of change she’d like to see the franchise undergo, Lindsay called on fans to be vocal about the changes they want to see, and said it starts with an acknowledgement from the franchise itself that “they’ve been part of the problem.”

“They have cast a lead for 40 seasons. In one of 40 seasons, you have had a person of color that’s been the lead. That’s literally on par with the presidency. If they continue this way, you have a better chance of becoming president of the United States as a person of color than to be the lead of this franchise. That is insane!” she stated. “Stop making excuses saying, ‘People of color don’t make it as far. It’s up to the lead’s choice.’ ‘Oh, we have problem casting people of color because they aren’t interested in this show.’ No, because you’ve had opportunities at this point.”

The attorney pointed to the “Bachelor in Paradise” stunt last season when Kristian Haggerty, who had never been on the franchise, was brought in to form its first same-sex couple with Demi Burnett. “After seeing what you did in ‘Paradise’ and how you brought in Kristian, who isn’t even a part of the show, to establish a relationship between two women, then I know you have the power to do absolutely anything that you want to,” she noted. “There is absolutely no excuse other than you want to play into an audience that you feel like is receptive to a certain lead that looks a certain way. That’s point black period what it is. It’s a business, it’s money, and you’re playing into that.”

Lindsay doesn’t believe TPTB ought to try to change the faction of the audience that wants to maintain the “Bachelor” status quo, but should rather attempt to attract a different, wider audience with the people they cast. She once again called out the franchise for bypassing Mike Johnson, who could’ve been the first black Bachelor, for Peter Weber for Season 24.

“A lot of people were extremely vocal in wanting Mike and it still didn’t make a difference, so that’s when it’s on the franchise,” she said. “I think that’s my issue with the franchise. You have given us so many excuses as to why, and there are no more excuses left. At this point, it is you. And I think they are having a hard time recognizing that they are the problem. It is not a lead bringing a person of color along. Hannah [Brown] was what? Number 10? Nine? [Ed. note: She finished seventh on Season 23 of “The Bachelor”] And they picked her. There was outrage behind that, but you created a narrative around her to become, by social media numbers, the most popular Bachelorette. They can do anything that they wanna do.”

SEE Chris Harrison on the ‘Bachelor’ franchise’s lack of diversity: ‘It takes a long time to turn around a big boat’

The change in casting also needs to extend to the contestants, the 35-year-old said. The suitors are primarily twentysomethings who are ready to leverage their 15 minutes into influencer fame post-show. Lindsay — who noted that she had a positive experience on “The Bachelorette” because producers “tried to take the right steps, so I will commend them for that” — believes producers need to cast people with more life experience.

“I know for a fact that Clare is very open in the type of men that she dates. I can’t go back and say that [about every lead]. If you’re the Bachelor or the Bachelorette and you’ve never dated outside your race, why are you gonna do it on national TV?” she said. “That is a question they ask you in casting: Would you date outside your race? Who’s gonna say no? If you say no, you’re out. If you say yes, you have a chance. But are you really interested?

“I expect to see a black Bachelor for Season 25, but even beyond that, start picking people who actually want to date all kinds of people,” she continued. “Start picking people who know what they are and know what they want and are open-minded about the type of relationship they can have at the end of the show. Stop perpetuating this image of what the lead looks like to an audience that is happy to receive that and only wants to receive that. That audience is like, ‘Don’t touch the ‘Bachelor’ franchise. It’s great, it’s why it’s been on for so many years.’ No, it’s a problem. And I think they need to come out and make statement that they’ve been part of the problem and that they’re going to do better, and stop hiding racial issues under the rug.”