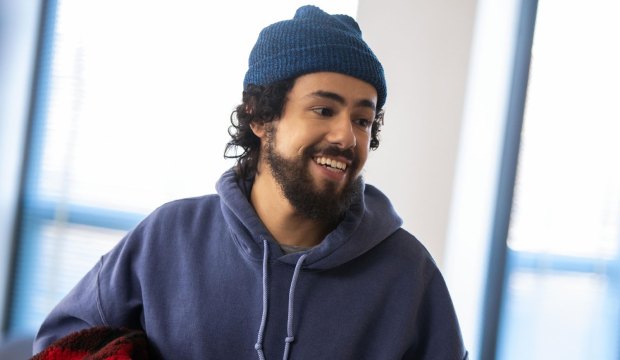 The Hulu comedy series “Ramy” returned for its second season on May 29, just in time to qualify for 2020 Emmys consideration. The comedy about the life and experiences of a first-generation American Muslim living in New Jersey (played by writer, director and star Ramy Youssef) was one of last season’s most critically acclaimed shows. So are critics equally fond of season two?

As of this writing the new 10-episode season has a MetaCritic score of 80 based on just five reviews counted thus far: four positive, one somewhat mixed, none negative. On Rotten Tomatoes, which classifies reviews simply as positive or negative, the season is 83% fresh based on 12 reviews, only two of which give the show a thumbs down. Those numbers are somewhat lower than season one, which scored 87 on MetaCritic and 97% freshness on Rotten Tomatoes, but they still indicate abundant support from TV journalists, and those numbers could shift as more reviews come in.

The new episodes are being described as a “remarkable experience” and a “rich portrait of an underexplored culture,” which “widens the focus” beyond its title character to the experiences of those around him, including his mother played by an “especially moving” Hiam Abbass and his new mentor Sheikh Ali, who as “gracefully” played by Oscar winner Mahershala Ali is “the season’s greatest new addition.”

Premiering this close to the Emmy voting period this summer could give the show a leg up in the race for Best Comedy Series. It was passed over by the television academy in its first season, but a few months later Youssef had a surprise breakthrough at the Golden Globes, where he won Best TV Comedy Actor. So he could carry that momentum forward at these kudos.

The added presence of Ali doesn’t hurt. He has been awarded twice by the motion picture academy for “Moonlight” and “Green Book,” but hasn’t yet taken home the gold for his TV work despite two past Emmy noms for his guest role on “House of Cards” and his lead performance in “True Detective” season three. For this show he could contend for Best Comedy Supporting Actor.

What do you think of the Hulu series and its awards chances in the months to come? Check out some of the reviews below, and join the discussion on this and more here with your fellow TV fans.

Matt Roush (TV Guide): “One of the many strengths of ‘Ramy’ is how its star and creator widens the focus beyond its eponymous character’s own journey to reveal the challenges of assimilation for the rest of his family … Hiam Abbass (the stepmother in Succession) is especially moving as Ramy’s possessive mother … This is a rich portrait of an underexplored culture, grounded by the most imperfect of pilgrims.”

Alan Sepinwall (Rolling Stone): “The best television finds a way to make the specific universal and the universal specific. There is no other show quite like ‘Ramy,’ because there is no other character quite like Ramy … As was the case in the outstanding first season, the new episodes toggle between Ramy’s misadventures on the road to enlightenment and poignant spotlights on other members of his family … ‘Ramy’ straddles multiple worlds far more comfortably than its fascinating, bumbling, and endearing title character.”

Saloni Gajjar (The A.V. Club): “Despite a couple of misses in the middle, season two is a remarkable experience that retains ‘Ramy’s’ charming storytelling and comedic nuances … Ramy desperately seeks this mentorship as a way to let go of his past mistakes and find purpose in his life. Maybe that’s why he’s so easily drawn to the soft-spoken Sheikh Ali, played gracefully by Mahershala Ali.”

Jacob Oller (Paste): “‘Ramy’ … leaves the season’s powerful supporting solar system annihilated by the yawning black hole of need that is its sadsack antihero … He tragically looks to fill his various personal voids with religion, gummy worms, and women. The first of those salves leads to the season’s greatest new addition: Mahershala Ali’s Sheikh. Ali is an overwhelming presence, stony and serious.”