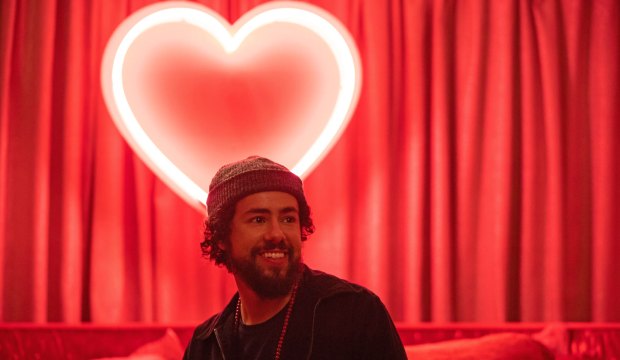 Earlier this year Ramy Youssef surprised many of us by winning the Golden Globe for Best TV Comedy Actor for his Hulu series “Ramy.” That was after the Emmys had overlooked his acclaimed new show about the life of a New Jersey Muslim man balancing his faith, family and relationships. “Ramy” returned for its second season in May, right at the end of the eligibility period, which means it’ll be fresh in voters’ minds, so now that the Hollywood Foreign Press has raised his profile, will the television academy follow suit?

As of this writing we’re betting on him to be nominated for Best Comedy Actor. He ranks fourth with 13/2 odds based on the combined predictions of Gold Derby users. That includes support from 23 of the Expert journalists we’ve polled from top media outlets. According to those Experts, the only two actors with a better chance of winning the category are front-runner Eugene Levy (“Schitt’s Creek”) and Ted Danson (“The Good Place”).

Youssef is helped by the fact that two-time defending champ Bill Hader (“Barry”) is out of the running because his show didn’t air any new episodes during the eligibility period. But last year’s other five nominees are all in the hunt again: Anthony Anderson (“Black-ish”), Don Cheadle (“Black Monday”) and Michael Douglas (“The Kominsky Method”) in addition to Levy and Danson. And don’t forget Larry David (“Curb Your Enthusiasm”), who has been nominated six times, including in 2018 when his HBO comedy was last eligible. So it’s quite a vote of confidence that so many of us are expecting Youssef to break through in this crowded field.

But this wouldn’t be the first time the television academy made someone wait until their sophomore year for awards attention. Issa Rae (“Insecure”) got her first Best Comedy Actress nom in her second year. And of course “Fleabag” swept the awards in 2019 for season two despite not receiving a single nom for season one. Could “Ramy” and its leading man do the same?