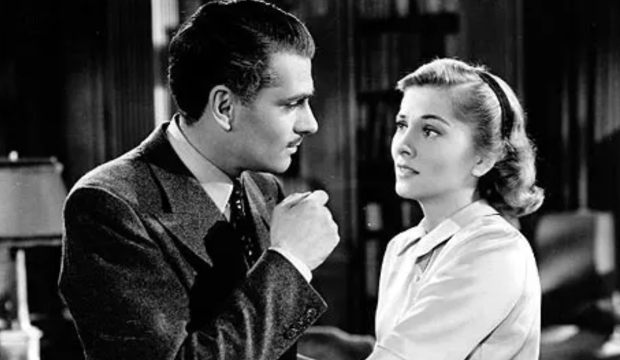 “Last night I dreamt I went to Manderley again.”

That haunting line opened Daphne Du Maurier’s treasured 1938 romantic thriller “Rebecca,” which was published in 1938. Lauded by critics, it quickly became a best-seller and has been in print ever since. And for good reason.

Du Maurier wraps readers around her little finger with this addictive tale of a timid young woman-her name is never mentioned-who meets and falls in love with an enigmatic wealthy widower, Maxim de Winter, while in Monte Carlo working as a paid companion to the obnoxious American, Mrs. Van Hopper. Max and the young woman soon fall in love. They marry and he takes her home to his gothic estate Manderley run with an iron-fist by the tightly wound housekeeper Mrs. Danvers who is obsessed with the late, charismatic Rebecca, the late wife of Maxim.

Two years after its publication, “Gone with the Wind” producer David O. Selznick released the sumptuous film version which marked Alfred Hitchcock’s Hollywood directorial debut. Audiences were just as bewitched by the movie as they were with the book. The critically lauded production, starring Laurence Olivier as Maxim, Joan Fontaine as the second Mrs. De Winter, and Judith Anderson in her seminal role as the sinister Mrs. Danvers, received 11 Oscar nominations, winning Best Picture (Hitch’s only film to takee the top Oscar)  and best black-and-white cinematography for George Barnes. And even eight decades later, “Rebecca” is still considered one of the most romantic films of the 20th century.

Though there have been radio, TV movie, miniseries and theatrical adaptations, there has never been a feature version of Du Maurier’s tale until Netflix came along. The streaming service’s new version, which premiered Oct. 21, starring Armie Hammer, Lily James and Kristin Scott-Thomas and directed by Ben Wheatley.

This new “Rebecca” is head and shoulders better than the 1988 “American Playhouse” remake of Hitch’s 1941 classic “Suspicion,” for which Fontaine won the Best Actress Oscar, starring Jane Curtin (you read that right) and Anthony Andrews. That remake was cringe worthy.

This new adaptation of “Rebecca” is gorgeous with sumptuous production design by Sarah Greenwood — two estates in England served as Manderley — and stunning costume design by Julian Day all brought to life by frequent Wheatley cinematographer Laurie Rose. Hammer and James are equally gorgeous with Hammer possibly the most buff of all Maxim’s. Ann Dowd is fun as the truly ugly American Mrs. Van Hopper. And Scott-Thomas makes a spectacular villain who was so in love with Rebecca that she’s willing to destroy the new Mrs. De Winter and even Manderley. Though censorship problems prevented the 1940 classic and many of the other adaptations to explain the real reason Rebecca died, this version goes back to the original novel.

Orson Welles presented the very first adaptation of “Rebecca” on his “Campbell Playhouse” radio series in December 1938, the same year the book was published. It’s terrific with Welles playing Maxim, the great Margaret Sullavan as the second Mrs. De Winter, Mildred Natwick as Mrs. Danvers and the beloved Agnes Moorehead as Mrs. Van Hopper. Du Maurier even makes a guest appearance at the conclusion in a short-wave radio interview with Welles.

The popular “Lux Radio Theatre” series presented Ronald Colman and Ida Lupino in an adaptation in March 1941 with Anderson reprising her role as Mrs. Danvers and Verna Felton as Mrs. Van Hopper.

And then nine years later, “Lux” featured Olivier and his then wife Vivien Leigh in the leads with Betty Blythe as Danvers and Eleanor Audley as Van Hopper.  Olivier is just fine reprising his Oscar-nominated role, but Leigh is surprisingly stolid.

Bramwell Fletcher and his then-wife Diana Barrymore starred on Broadway in 1945 in a short-lived theatrical version of “Rebecca” penned by Du Maurier. In fact, it only ran 20 performances. Florence Reed played Mrs. Danvers.

James Mason and young Joan Hackett headlined the “Theatre ‘62” presentation in April of that year with Nina Foch cast as Mrs. Danvers.

In 1980, PBS’ “Mystery!” series presented an enjoyable four-part adaptation of “Rebecca” starring a pre-Sherlock Holmes Jeremy Brett as Maxim and Joanna David as the second wife. The always wonderful Anna Massey was on hand as Mrs. Danvers with Elspeth March as Mrs. Van Hopper.

Seventeen years later, “Masterpiece Theatre” premiered a two-part version with Charles Dance as Max and Emilia Fox — the daughter of Joanna David from the 1980 production — as the second wife. The series is stolen, quite rightly, by the late great Diana Rigg who won an Emmy for her electrifyingly scary turn as Danvers.