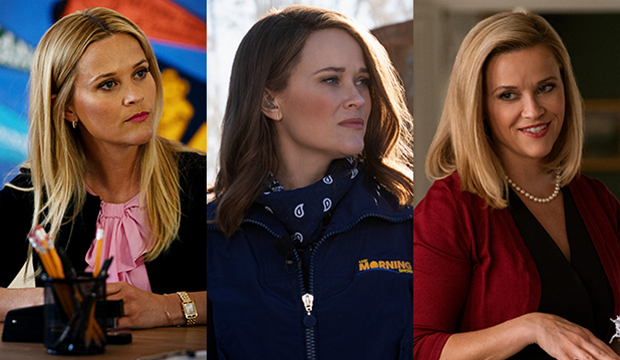 It’s Reese Witherspoon‘s world, and the Emmys are just living it. Maybe. The prolific A-lister has three shows in contention in which she also stars: drama series “Big Little Lies” and “The Morning Show,” and limited series “Little Fires Everywhere.” It’s a Big Little Fires Morning Show. As a producer and a star of all three, she can reap up to six nominations. Since she already has an Emmy as a producer on 2017 Best Limited Series champ “Big Little Lies,” let’s focus on her acting chances. Can she get in for all three? Two? One? Or will she get completely blanked? Vote below!

The Best Drama Actress race is incredibly crowded, so it doesn’t exactly help that Witherspoon also has to compete against herself. In our current odds, she’s in 14th place for “The Morning Show” and 17th for “Big Little Lies.” Her co-stars on both shows, Jennifer Aniston and Nicole Kidman, are in the top six in second and sixth, respectively.

Witherspoon was shortlisted for Best Limited Series/TV Movie Actress for the first season of “Big Little Lies,” falling to Kidman, so voters are already familiar with her delightful Madeline Martha Mackenzie. And she’s no stranger to brutal categories because that race also featured “Feud: Bette and Joan’s” Jessica Lange and Susan Sarandon, “Fargo’s” Carrie Coon and “American Crime’s” Felicity Huffman. But “Big Little Lies'” inaugural season was far bigger than the sophomore installment. The first season competed as a limited series and cleaned up everywhere, with Witherspoon earning individual bids at the Golden Globes and Screen Actors Guild Awards. Season 2 only earned three Globe nominations, for drama series, Kidman and Meryl Streep, and just one SAG bid, for drama ensemble.

SEE The Best Drama Actress Emmy race looks like it’s Olivia Colman vs. Jennifer Aniston… or is it?

On the other hand, Witherspoon did receive a Golden Globe nomination for “The Morning Show,” losing to Olivia Colman (“The Crown”), likely explaining her higher odds for that. The Apple TV+ series also snagged three SAG nominations and a win for Aniston; however, it failed to make the drama ensemble cut. The biggest asset for Witherspoon with “The Morning Show” may be that her character, spunky TV reporter Bradley Jackson, is very different from her other two characters this year — both, on the surface, rich married mothers — allowing Witherspoon to display the kind of fiery ambition we first saw from her as Tracy Flick in “Election” (1999).

But it looks like her best chance, per our odds, is in Best Limited Series/TV Movie Actress for “Little Fires Everywhere.” She’s in fifth place, ahead of co-star Kerry Washington. Helping matters is that the once uber-competitive category has been slowly clearing out in recent weeks due to the coronavirus pandemic. HBO has pushed the premiere of Kidman’s “The Undoing” from May to fall to space out its content, while Nat Geo’s “Genius: Aretha,” starring Cynthia Erivo, has been indefinitely delayed after it was forced to stop production last month.

“Little Fires Everywhere” has also been a hit, becoming Hulu’s most-watched program since its three-episode premiere on March 17. It’s very easy — and reductive — to label Witherspoon’s Elena Richardson as another Madeline Mackenzie, being a privileged Type-A matriarch, but anyone who’s watched both shows will be able to see the differences and the shades Witherspoon brings to each. Madeline is bubbly and friendly; Elena is insecure and tightly coiled with microaggressions at the ready. 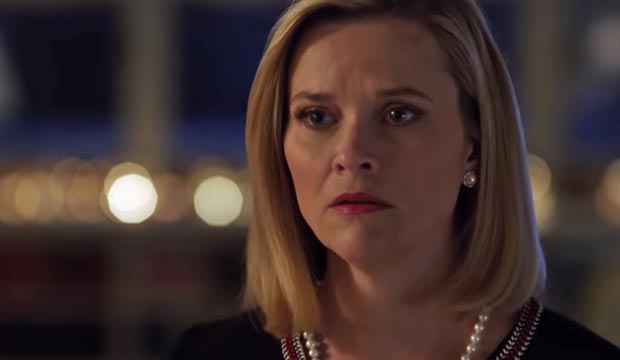