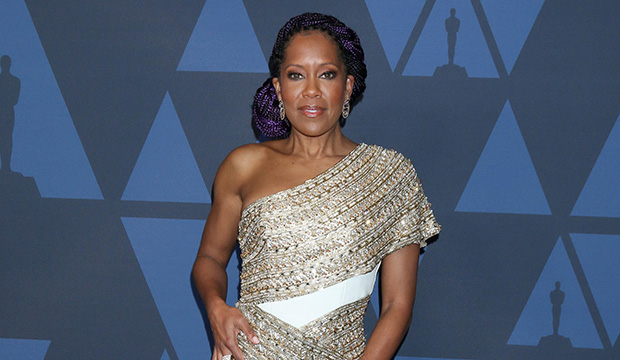 Regina King‘s unstoppable success at awards shows may continue into this new decade thanks to her directorial debut “One Night in Miami.” Based on the Kemp Powers play of the same name, the Amazon film — about an imagined conversation between Malcolm X, Muhammad Ali, Jim Brown and Sam Cooke — has earned stellar reviews from critics ahead of its Christmas Day release. King, who is in third place in our odds, already made history as the first African-American woman to have her film selected by the Venice Film Festival and now she is on the brink of breaking records. Here are three ways the Oscar-winning actress could be a history-maker with a Best Director nomination for “One Night in Miami.”

1. First Black woman nominated for Best Director
After 92 years, King would become the first Black woman to earn a Best Director nomination at the Oscars. She wouldn’t be the first Black director to earn Academy recognition, but the six who have before are all men: John Singleton, Lee Daniels, Steve McQueen, Barry Jenkins, Jordan Peele and Spike Lee. Before King, arguably the closest a Black woman director has come to a Best Director bid is Ava DuVernay, whose 2014 film “Selma” earned a Best Picture nomination, but her directorial achievement was overlooked.

SEE Can Regina King (‘One Night in Miami’) become the latest actor to receive an Oscar nomination for directing?

2. First previously Oscar-nominated woman to earn a directing nomination
The number of women nominated for Best Director is even smaller than the group of Black directors, at five. King would not only make history as the first Black woman to break through in the category but she would also be the first woman with previous Oscar history to do so. King won the Best Supporting Actress Oscar for “If Beale Street Could Talk” (2018), and now she might just become the first woman to be shortlisted for acting and directing. Lina Wertmüller, Jane Campion, Sofia Coppola, Kathryn Bigelow and Greta Gerwig did not have any previous Oscar recognition before earning their respective Best Director bids.

3. First person to be nominated for Best Director after a competitive acting win
The Oscars have a fraught relationship with actors-turned-directors. While Robert Redford, Warren Beatty, Kevin Costner, Mel Gibson and Ron Howard have all prevailed in the directing category, recent contenders like Ben Affleck and Bradley Cooper were shockingly snubbed. As of 2020, no past acting winners have later earned a directing nomination, let alone a win. Laurence Olivier, a Best Director nominee and Best Actor winner for “Hamlet” (1948), received a special Oscar for acting, directing and producing “Henry V” (1946), but this was not a competitive Oscar, so King would have yet another distinction all to herself. 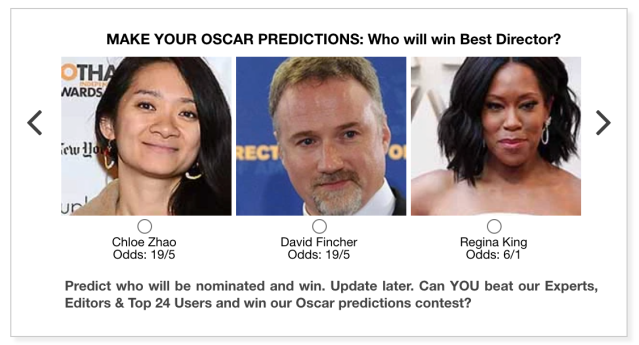