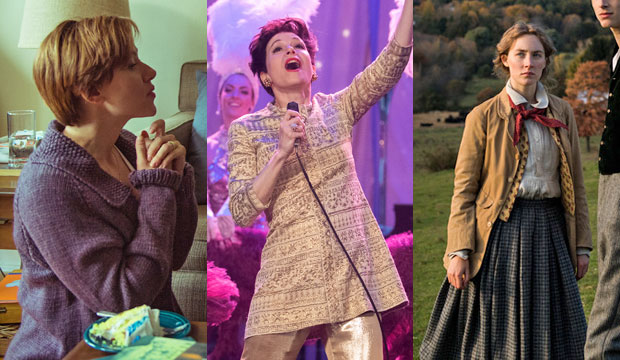 Renee Zellweger has won Golden Globe, Critics’ Choice and SAG Awards for playing Judy Garland in the biopic “Judy,” so it’s no surprise that she’s the BAFTAs front-runner too with 31/10 odds. But is she a lock? Not according to a couple of our Experts.

SEEWho will win at the BAFTAs? Check out our official odds

In addition to her awards romp for “Judy” thus far, Zellweger is a past BAFTA champ for her supporting role in “Cold Mountain” (2003), which also won her her first Oscar. And though Judy Garland is an American showbiz legend, “Judy” covers a period near the end of her life when she relocated to the UK for a series of concerts, so the British academy may be even more drawn to this film and performance.

However, Eric Deggans (NPR) thinks the BAFTAs will prefer Saoirse Ronan for “Little Women.” The Brits do love the Irish actress, who has already been nominated five times in her career, including for “The Lovely Bones” (2009), which otherwise didn’t get a whole lot of love from the industry. And “Little Women” got more overall support from the BAFTAs than “Judy” did: five nominations, compared to “Judy’s” three.

SEEWill ‘1917’ be only the third film since 1992 to win BAFTAs for Best Picture AND Best British Film?

“Marriage Story” also has five nominations, which may be why Tim Gray (Variety) thinks Scarlett Johansson will upset Zellweger. But that’s not the only reason to think Johansson is a threat to win. The actress is nominated twice this year, for “Marriage” as well as her supporting role in “Jojo Rabbit,” so voters may be eager to reward her somewhere.

And this isn’t the first time Johansson has gotten love from the British academy. She was also double-nominated for Best Actress for 2003’s “Lost in Translation” and “Girl with a Pearl Earring,” but instead of splitting her own vote, she won for “Translation.” She wasn’t even nominated for either role at the Oscars that year, so we shouldn’t discount how much the BAFTAs admire her work.

But maybe those Experts are overthinking this. In such a short awards season, it may be hard to stop the momentum of a steamroller. Everybody loves a winner, and Zellweger keeps winning, so perhaps there’s no stopping her.