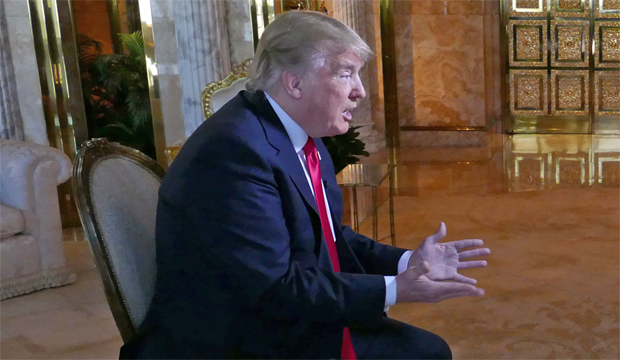 He has fame. He has fortune. He has the White House. The only thing Donald Trump doesn’t have is an Emmy Award — and he’s not okay with that.

With the 2020 Republican National Convention (RNC) airing on television over the next four nights, Aug. 24 through Aug. 27, will the U.S. President finally be able to avenge his infamous Emmy losses for “The Apprentice”? In a word, no. Per the Emmy rules, political conventions, telethons, etc. aren’t eligible for awards.

Trump’s cantankerous history with the Television Academy goes back to 2004, when he was nominated for producing his NBC reality TV show but lost to “The Amazing Race.” In one of the more unexpected moments to come out of the 2016 debates between then-Republican candidate Trump and then-Democratic rival Hillary Clinton, Clinton actually accused Trump of saying the Emmys were “rigged” against him. She wasn’t blowing smoke.

Trump asserted in a 2015 episode of “Celebrity Apprentice,” “I got screwed out of an Emmy. Everybody thought I was gonna win it. In fact, when they announced the winner, I stood up before the winner was announced. And I started walking for the Emmy. And then they announced the most boring show on television, ‘The Amazing Race.’ Piece of crap.” That CBS series went on to win a total of 10 Emmys for Best Competition Series, compared to zero for “The Apprentice,” suggesting that Trump’s definition of “crap” isn’t shared by members of the TV industry.

Clinton ended up beating Trump in the popular vote during the 2016 election, and now she could beat him again where it really counts, at the Emmys. Her Hulu doc “Hillary” is nominated for Best Documentary/Nonfiction Series and even though Clinton herself is not eligible (she’s not a producer), political-minded voters could still make a statement by awarding the program. The other nominees are “Tiger King,” “The Last Dance,” “American Masters” and “McMillion$.”