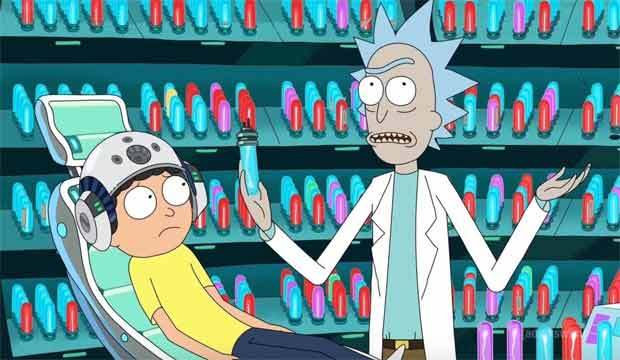 “Rick and Morty” won its second Emmy for Best Animated Program at Saturday night’s Creative Arts ceremony. The series, created by Dan Harmon and Justin Roiland, was in second place in our predictions center with 4/1 odds of prevailing for their season four episode, “The Vat of Acid Episode.” The show won this category two years ago when they scored their first nomination for the episode, “Pickle Rick.”

In the episode, Morty criticizes Rick for what he sees as a poorly planned escape of hiding in a vat of acid and goads Rick into creating a “save point” remote which would allow Morty to save his place in life and return to it should something go wrong. Morty uses it to engage in a bunch of shenanigans but uses it before talking to a girl who he falls in love with. The two eventually go on a vacation where their plane crashes but are eventually rescued but Morty gets returned to his “save point” when Jerry accidentally uses the save point remote instead of the television remote. Morty then finds out that he hasn’t been acting without consequence and when a whole bunch of wronged people converge on the Smith house to get back at Morty, Rick provides one method of escape: a fake vat of acid.

The favorite in this category had been Netflix’s “BoJack Horseman,” which sat atop our predictions center with 16/5 odds of prevailing for its final season with the episode, “The View From Halfway Down.” It was the show’s second (and final) nomination in the category. The episode sees BoJack in a recurring dream where he is at a dinner party featuring several people in his past who have also died. BoJack eventually realizes something is wrong when he doesn’t wake up at the part of the dream when he would normally do so. Each of the guests soon disappears into a black void which threatens to consume BoJack, who realizes that his mind is processing the fact that he passed out in his pool following a destructive bender. When the blackness completely absorbs BoJack, we hear a heart monitor flat-lining as the credits roll only for a heartbeat to start several seconds later.

“The Simpsons” had been in third place in our combined odds with a 9/2 chance of winning the category after collecting their eleventh trophy last year. This year, they were nominated for the episode, “Thanksgiving of Horror.” The episode featured three Thanksgiving-related vignettes, in the same style as their annual “Treehouse of Horror” Halloween special. The first vignette imagines many of Springfield’s residents as turkeys that are being hunted by other Springfield characters that are portrayed as pilgrims. The second sees Marge take a backseat to and fighting against an A.I. system that manages the family better than she can. The third vignette has Bart and Milhouse accidentally bring a can of cranberry sauce to life that subsequently begins to devour all the children in Springfield.

Our predictions center had two-time winner, “Bob’s Burgers,” in fourth place with a combined odds of winning at 9/2 for their episode, “Pig Trouble in Little Tina.” The show had previously won the prize in 2014 (“Mazel-Tina”) and 2017 (“Bob, Actually”). In the episode, Tina joins in making fun of her fetal pig that she’s supposed to dissect in the hopes of being invited on a hayride where she’s hoping to make out with Jimmy Jr. The pig starts haunting her dreams which threatens whether or not she’ll be able to go on the hayride. Elsewhere in the episode, Bob must overcome his fear of having objects inserted into his ear when Linda discovers a huge ball of wax that refuses to budge from Bob’s ear canal.

Netflix’s raunchy “Big Mouth” was in last place in our predictions center with 9/2 odds of winning for the episode, “Disclosure the Movie: The Musical!” In the episode, major drama spreads throughout the school during a musical production of the 1994 sexual thriller, “Disclosure.” Nick and Missy start to develop feelings for each other, which complicates Missy’s relationship with her controlling boyfriend, Lars. Lola is taken advantage of by the teacher leading the production and several students boycott the show for its twisted take on sexual harassment and racial stereotypes. The episode also features the Fab Five from “Queer Eye” helping to give Coach Steve a makeover as he attempts to get his job back at the school. The show did manage to pull off two victories at Thursday night’s presentation: Best Derivative Interactive Program (“Big Mouth Guide to Life”) and Best Character Voice-Over Performance for Maya Rudolph.