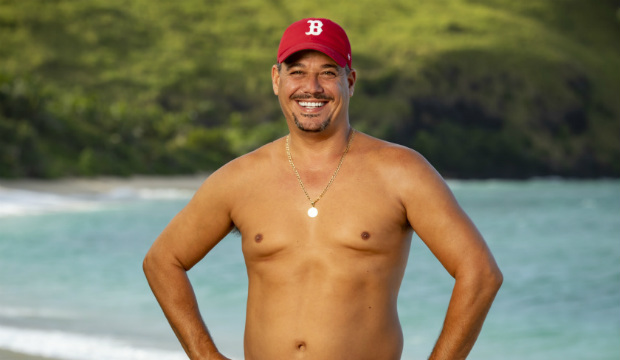 “Survivor” fans just can’t get enough of Rob Mariano. The 44-year-old from Boston is currently participating in “Survivor: Winners at War,” which pits 20 former champions against each other, and viewers are cheering him on all the way. In our recent poll asking you to pick the male castaway you are most rooting for in the new season, Boston Rob placed highest, but it wasn’t exactly a runaway victory. Scroll down to see the complete Season 40 poll results for the males.

SEE The Queen vs. Boston Rob Mariano: Is a battle royale already brewing on ‘Survivor: Winners at War’? [POLL]

Rob scored 34% of the vote, which shouldn’t be too surprising considering what a presence he has had in every era of the show. He first appeared in “Survivor: Marquesas” in 2002, then returned for “All Stars” in 2004 where he came in second place, behind his future wife, Amber Mariano.

He came back for “Heroes vs. Villains” in 2010 where he went out relatively early, only to return for “Redemption Island” one year later, where he finally won the title of Sole Survivor and the $1 million prize. He then came back this past fall as an advisor on “Island of the Idols” and he just survived his first tribal council on “Winners at War.”

It’s clear that “Survivor” superfans are pulling for the former winners from the early era of the show, as “Africa” champ Ethan Zohn was right behind Rob in the vote at 29%. He won his season all the way back in 2002. Yul Kwon, winner of “Survivor: Cook Islands” (2006) was next in results at 19%.

Rob, Ethan and Yul ate up most of the votes in our poll, with the next highest being “Ghost Island” winner Wendell Holland at 6%, followed by Tyson Apostol (“Blood vs. Water”) at 5% and Nick Wilson (“David vs. Goliath”) at 4%. Tony Vlachos (“Cagayan”), Jeremy Collins (“Cambodia”) and Adam Klein (“Millennials vs. Gen X”) earned 1% apiece while Ben Driebergen (“Heroes vs. Healers vs. Hustlers”) did not receive any support.