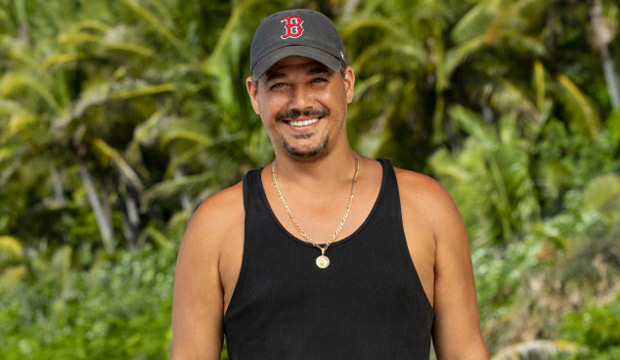 It’s looking like the end of the road for the Robfather, according to Gold Derby users. “Boston” Rob Mariano is being predicted as the next boot on “Survivor: Winners at War,” following this season’s first tribe swap. Rob has unexpectedly managed to skate by through most of the pre-merge, but his legendary status will likely bite him sooner rather than later, at least according to prognosticators here at Gold Derby.

Boston Rob currently has 10/9 odds of being voted out of Wednesday night’s fifth episode of “Survivor: Winners at War,” based on user predictions. Predictions were correct last week when Tyson Apostol was ousted from the Dakal tribe, so we shall see if our savvy predictors are on the money again. If it’s not Rob, it will be Adam Klein, who has 69/20 odds of being eliminated. Adam has had a tricky start to the season as he has often been called out by his tribe of sneaking off and revealing secret plans. Based on this, it would not be surprising if Adam ends up with his original tribe still in the majority on his new tribe but they still vote him out anyway.

Moving over to winner predictions, Sophie Clarke remains in the pole position after replacing the previous winner pick, Yul Kwon, last week. Sophie has 88/25 odds of winning this all-winner season, though Yul is hot on her tail with 18/5 odds. Sophie has quietly formed a coalition with Yul, Nick Wilson and Wendell Holland that could take them far into the game. Others in the top five of winner predictions include Michele Fitzgerald, Tony Vlachos and Jeremy Collins, who have all had strong games so far of their own.

As for other predictions, we do not know the makeup of the tribes for this swap, but users are predicting Sele to win both reward and immunity. Additionally, we predict that no idols will be played and no one will quit or be medevaced from the game.

However, this could be the last opportunity for Sandra Diaz-Twine to play the idol given to her by Natalie Anderson, as she can only do so by her third Tribal Council, which would be her next.