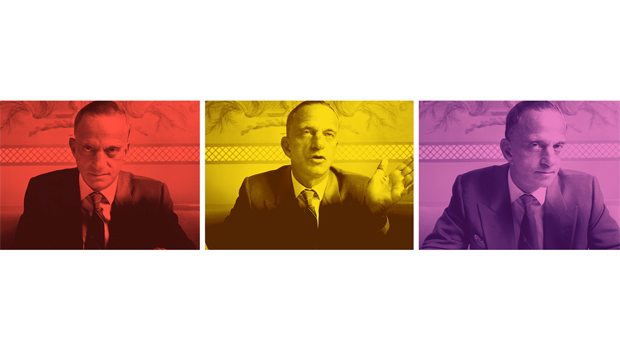 “Bully. Coward. Victim. The Story of Roy Cohn” is one of multiple projects tackling the life of Roy Cohn, but few are as personal as director Ivy Meeropol‘s HBO documentary. Meeropol is the granddaughter of Julius Rosenberg and Ethel Rosenberg, who were convicted of espionage and put to death on Cohn’s recommendation. “Bully. Coward. Victim.” features Meeropol talking to her father, Michael Meeropol, about his experience advocating for his parents.

The documentary explores the many twists and turns of Cohn’s life, not only encompassing his work in the Rosenberg trials but his association with various influential figures from the ’50s through the ’80s like Joseph McCarthy, President Ronald Reagan, Rupert Murdoch and future President Donald Trump. Interspersed throughout the film we check in on Ivy’s conversations with her father as he explains his process of uncovering the truth about what happened to his parents, in addition to his thoughts on Cohn through both archival and new footage. This provides a special perspective straight from the descendants of two of the most noteworthy people whose lives were most impacted by Cohn’s actions.

“Bully. Coward. Victim.” explores Cohn’s shady tactics, with those close to him discussing his need to be the most macho man in the room with no clear boundaries between his professional and personal life. A big thread of the middle portion of the film is his influence on Trump, particularly in his compulsive need to never admit defeat and to dominate his opponent. The film also gets into Cohn’s exceptional hypocrisy as a gay man who also helped orchestrate the removal of gays in government positions. He later contracted AIDS and virulently denied his contracting of the disease, as explored in Tony Kushner‘s award-winning play, “Angels in America.”

The relevance of “Bully. Coward. Victim.” could make it an Oscar contender for Best Documentary Feature next year. Between Trump’s presidency, the recent stage revival of “Angels in America” and the doc’s unique personal touch, Oscar voters may take special notice, especially considering their propensity to nominate documentaries about social issues. The film is currently available to stream on HBO Max.