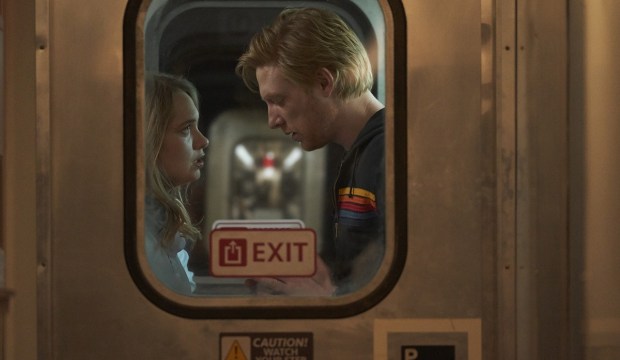 It’s likely to be a stay-at-home Mother’s Day this Sunday, considering most of the nation’s matriarchs are sheltering in place with their love ones. Fresh flowers might be appreciated, but you are lucky if they last for a week and a half at best. And forget candy. Heaven knows, everyone has been munching non-stop on quarantine banana bread and other doughy home-baked goods for weeks now.

Why not treat her to a calorie-free brisk binge-athon of HBO’s “Run,” about a runaway married mom with kids named Ruby (Merritt Wever, the actress she loved from “Nurse Jackie”) who meets up with college beau Billy who is a motivational speaker as they take a train trek cross-country (Domhnall Gleason, the British actor she loved from the film “About Time”). Why now, you ask? Because the best half-hour episode of the series so far premieres on May 10 — Mother’s Day. That way she can vicariously enjoy the chills and chuckles that feels like the kind of rom-com thriller that Hitchcock might have conceived.

Not to spoil too much but the pair find themselves in dire circumstances after Billy’s personal assistant Fiona (Archie Panjabi, who your mom loved from “The Good Wife”) tries to blackmail Ruby and steals the bulging sack of money that Billy has been toting after he emptied out a bank account. Fiona jumps off the train in a rural area and Billy and Ruby do likewise. But matters take a macabre twist once they corner her. The couple end up getting a ride from a kindly taxidermist named Laurel (a cameo from executive producer and actress Phoebe Waller-Bridge, who your mom loved from “Fleabag”) as she is in the process of scraping a dead badger from the road so she can stuff it.

She drops them off at the closest train station but, alas, an incriminating possession of great importance has been left behind. No one watching could not be hooked both by the performances by the charismatic leads but also because the fifth episode of the season ends with both Ruby and Billy freaking out.

Right now in the combined Emmy odds on Gold Derby, “Run” is in sixth place in the always-competitive comedy series category with 11/1 odds.  But Wever is in fourth place among comedy actresses with 1,210 users choosing her to get a nomination with 7/1 odds. Gleeson sits at No. 8 among comedy actors with 28/1 odds. But given that “Run” is hitting its peak right before its final two episodes, it will likely tie up its ending like a lovely bow.