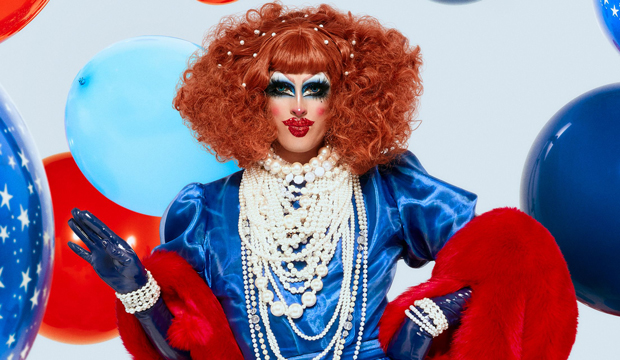 This season’s finalists could not be more different from one another so we’ve decided to shine a spotlight on each of them ahead of Friday’s finale. Below is our take on Crystal Methyd, her journey to the finale and what it would mean to have her declared “America’s next drag superstar.”

If you take a look at Crystal’s journey to the finale on paper then you may wonder how she managed to escape elimination in the first five weeks of the competition. It’s true! During that time she never scored among the top, and twice was among the bottom three. One by one, other queens that had already performed well at challenges were being eliminated while Crystal skated through with relatively mediocre runway looks and an unclear sense of what her drag style actually was.

After entering day 1 dressed as a clown, Crystal struggled to reinforce her vision of over-the-top and highly creative drag while also adapting to the challenges that didn’t always play to her strengths. It wasn’t until the “Unauthorized Madonna Rusical” in episode 7 when she got to perform as the “Ray of Light” era “enlightened” Madonna that Crystal really came out of her shell. That week she scored her first of a season-leading five consecutive high scores. On the fifth time, the “One-Queen Show,” she earned her first and only challenge win.

In that episode Crystal created a parody character of an exotic dancer and left the judges in absolute stitches with her comedy. It was a long-awaited culmination of her sense of humor and outlandish costuming skills finally coming together and a true ah-ha moment for the judges and audience who finally saw her as a viable candidate for the win.

Crystal’s strength as a drag performer is her insane sense of creativity. In the runway challenges she was able to not only imagine crazy things, but also execute them in a way that after 10+ weeks of competition created a very unique and wholly Methyd version of how far drag can push the envelope. If crowned the winner, Crystal would be one of the most unexpected queens to ever be given the crown (similar, I think, to someone like s5 winner Jinkx Monsoon), but it would be a huge statement from Ru who has for so long favored traditional images of beauty and womanhood as the drag standard.

Who do YOU want to win? Do you think Crystal can overcome the states to beat Gigi and Jaida? Sound off in the comments below.