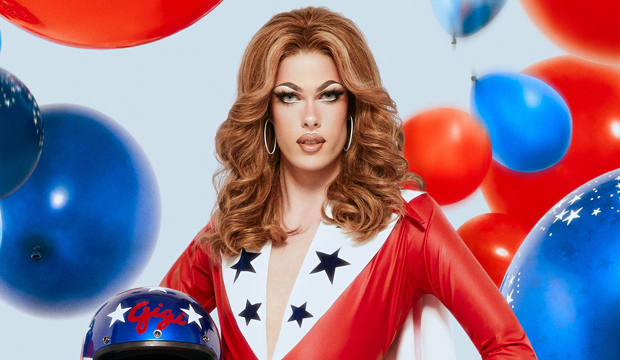 This season’s finalists could not be more different from one another so we’ve decided to shine a spotlight on each of them ahead of Friday’s finale. Below is our take on Gigi Goode, her journey to the finale and what it would mean to have her declared “America’s next drag superstar.”

Miss Gigi entered the workroom on day 1 promising to be the fashion queen of the season and she delivered on that promise week after week, even if Michelle Visage wasn’t the biggest fan of the chaps she wore a few times. Through her outfits, Gigi showed her creativity and a subtle sense of humor, at times paying homage to the 90s teen dark comedy “Heathers” and in another taking on the character of Daphne from “Scooby Doo.” Her runways became known for showing off her long, thin legs as well as a tight and short silhouette that some would say was redundant.

Perhaps if there’s one drawback from Gigi’s consistently good performances it’s that sense of redundancy. By the middle of the season she became so expectedly strong at challenges and in the runway that what she put forward each week stopped being exciting. In fact, while she bests Jaida with her four overall challenge wins, three of those came in the first half of the season, ahead of a dry spell that saw Gigi fall to the bottom in episodes 8 and 9. Still, Gigi never fell to the very bottom and never had to lip sync to remain in the competition. And so, as a fashion queen that leads in challenge wins on top of never being at the very bottom, Gigi could become a winner like Aquaria who entered her season 10 finale under similar circumstances before being crowned.

In addition to those similarities, Gigi is also like Aquaria in that both queens discovered during their seasons that under the impeccable styling was a hidden comedy queen. One of Gigi’s best moments this season was during the Snatch Game when she surprised everyone by slaying in her impersonation of Maria the Robot. Then, and later on in the season, Gigi proved that improv isn’t her weak link and that she is much more than just a girl that can turn looks.

If crowned the winner, Gigi will become (arguably!) the fourth fashion-focused queen to do so after Aquaria (s10), Violet Chachki (s7) and Raja (s3). While fashion girls do make it to the top often, they always struggle throughout their season to prove that they’re more than that. Of all the former fashion winners, I’d say Gigi would stand tallest as the most versatile and would ultimately be a great representative for the show’s brand and reinforce what we all know which is that a good drag queen can and should wear many different hats!

Who do YOU want to win? Do you think Gigi is the frontrunner or will she be bested by Jaida or Crystal? Sound off in the comments below.