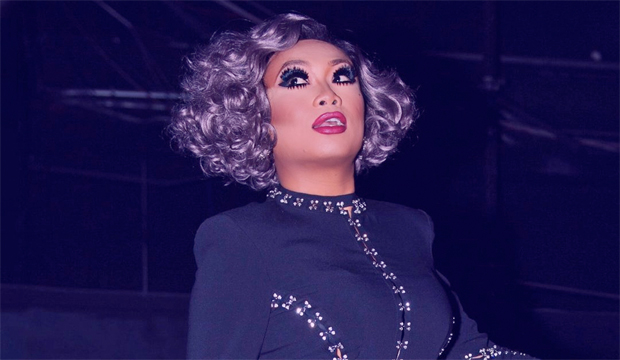 The season finale of “RuPaul’s Drag Race All Stars 5″ ended rather predictably, with Shea Coulee being crowned the winner by host RuPaul Charles and joining the Hall of Fame. However, according to our recent poll, a plurality of “Drag Race” viewers claimed they wanted Jujubee to win it all. The admitted cat lover came in first place in our poll results with 44%, followed by Shea in second place at 40% and Miz Cracker in third place at 16%. Do you agree or disagree with your fellow fans that Jujubee was robbed?

In terms of their challenge track records, Jujubee was in the rear as she only prevailed once throughout the entire season. She won the hotel design comp in Episode 3’s “Get a Room,” which was remarkably her first challenge victory throughout her “Drag Race” journey. Jujubee has now finished in the Top 3 on three separate occasions: Season 2, All Stars 1 and All Stars 5. Despite losing again, Jujubee was undeniably the heart of the season — she had all of us crying when she said how great it now feels to be an inspiration to kids around the world.

Shea had won a pair of challenges before the finale: Episode 2’s “I’m In Love!” and Episode 5’s “Snatch Game of Love.” Much of her journey on the show was in regards what happened to her in Season 9, when she lost to Sasha Velour in a huge upset. Even though she’d since come to terms with that decision, that narrative no doubt helped push her over the edge in All Stars 5. In the finale Shea excelled at the “Clap Back” musical challenge, then took down both of her competitors in the final lip sync.

On paper, Miz Cracker seemed like the one to beat as she’d won three main challenges, more than anyone else. This Season 10 stand-out prevailed in an improv challenge (Episode 4’s “SheMZ“), a character challenge (Episode 6’s “The Charles Family Backyard Ball“) and a comedian challenge (Episode 7’s “Stand-Up Smackdown“), showing her true range as a competitor. However, the fact that she received the show’s “villain edit” might have influenced fans’ perceptions of her in a negative way.

Are you happy with how “RuPaul’s Drag Race All Stars 5” turned out, or were you hoping either Jujubee or Miz Cracker would have received the ultimate crown instead of Shea? Sound off down in the comments section.