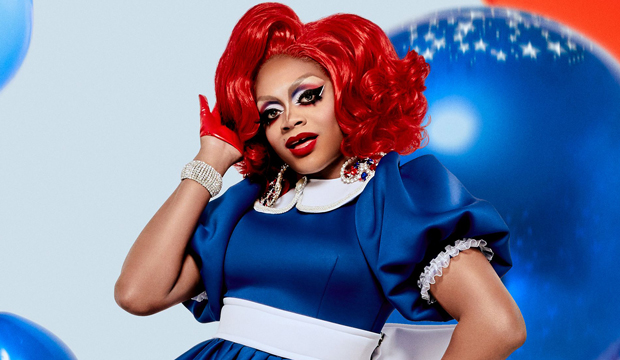 According to Gold Derby odds, Heidi N Closet (aka Heidi Hydrates, aka Heidi Ho, aka Heidi Afrodite) will be eliminated at the end of Friday’s 11th episode of “RuPaul’s Drag Race” Season 12. This fan-favorite whistling queen from Ramseur, NC has been in the bottom several times already this year, including last week when she survived her lip sync against Jackie Cox … although nobody was sent home in a shocking twist. Will dear Heidi finally be told to “sashay away” this week?

Heidi’s best performance to date was for “Droop” (infomercial challenge) in Episode 8. Against all odds, she proved victorious thanks to her over-the-top commercial for hydrating cream that included squeezing her own tears into a bottle of lotion. The panelists were then blown away by her runway look of a glamorous black gown and so RuPaul Charles made the easy decision to name her that week’s winner.

Following Heidi N Closet on our elimination chart are Jackie Cox and Crystal Methyd, the only two remaining queens who have yet to win a single main challenge. This week’s challenge will be a “One-Queen Show,” in which each of the half-dozen contestants must create and star in their own mini play.

For several weeks now, Gigi Goode has been the front-runner to win Season 12 thanks to her triple crown of challenge wins. However, after last week Jaida Essence Hall is now tied with Gigi’s tally. It’s no surprise to see both of these strong competitors at the top of our winner’s chart. Which one do YOU think will enter the Hall of Fame at the end of this 2020 season?