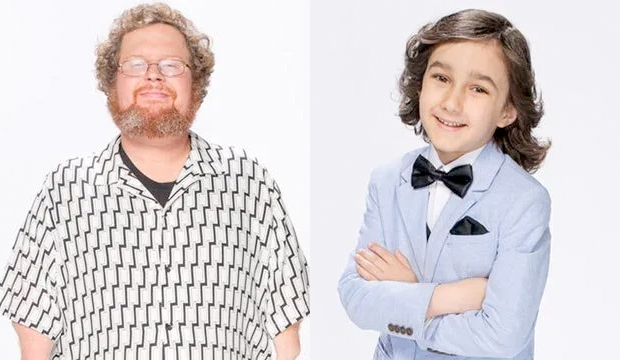 Poor Howie Mandel must be in a state of mourning following the comedy bloodbath on Monday’s episode of “America’s Got Talent: The Champions.” Only two stand-up comedians were still in the competition as of the semi-finals: “AGT” Season 14 finalist Ryan Niemiller and Season 9 “Australia’s Got Talent” semi-finalist JJ Pantano. Both were axed by the controversial superfans. As the panel’s requisite comedian, Mandel is often seen fighting for funny men and women, but he had no control over these delegates from all 50 states who hold all the power on “The Champions.”

Besides Ryan and JJ, a third stand-up comedian was asked back to compete on “The Champions”: Dan Naturman from “AGT” Season 9. He was eliminated in the first round after being X’ed by Simon Cowell, who Dan accused of not understanding anything about comedy. For the record, a comedian has still never won “America’s Got Talent.”

In this week’s semi-finals round, JJ was the very first act to take the stage. This hilarious seven-year-old is one of the youngest comedians to compete on any “Got Talent” show, but JJ stands apart from all the rest with his slick way of roasting the judges. JJ earned wild cheers after he barbed Simon, Howie, Alesha Dixon and Heidi Klum over their personal and career lives. The judges agreed he stepped up his game for this round, with Howie even noting how his nerves don’t come across at all.

Ryan came out on stage halfway through the semi-finals, following the judges’ unanimous praises of acts like Hans and Duo Transcend. From the beginning of “Champions,” Ryan stated the importance of winning after coming in third place in last summer’s 14th season. For his stand-up routine this time around, he told several personal stories, including one about growing up during the winter season in Michigan. Unfortunately, Heidi was “lost” by his act, while Simon hissed it was something he’d “done before.”

Will you miss comedians like Ryan, JJ and Dan on “America’s Got Talent: The Champions”? Sound off down in the comments section. The 10 finalists are a dog act (Alexa Lauenburger), a child singer (Angelina Jordan), a silly dance group (Boogie Storm), an entertainer (Hans), a shadow dance group (Silhouettes), an acrobatic act (Sandou Trio Russian Bar), a falsetto singer (Marcelito Pomoy), a violinist (Tyler Butler-Figueroa), a trapeze act (Duo Transcend) and a danger dance group (V.Unbeatable).