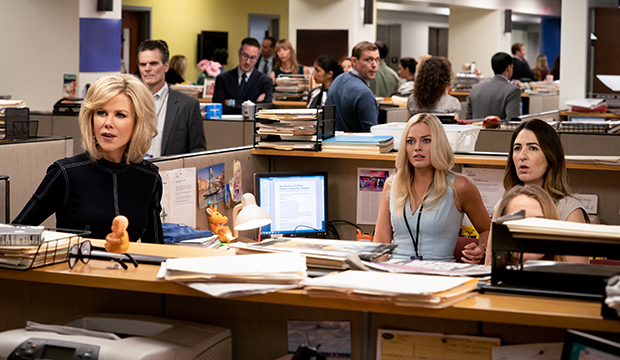 “Bombshell” had a great Screen Actors Guild Awards nomination morning, surprising with four bids, but it may not have a very good SAG Awards night. The Fox News drama is not expected to win any of its four nominations, which would make it the seventh film to go 0-4.

“Bombshell” is currently in fourth place in our ensemble odds, behind three major Best Picture Oscar contenders “Once Upon a Time in Hollywood,” “Parasite” and “The Irishman,” and ahead of “Jojo Rabbit.” Supporting actress nominees Margot Robbie and Nicole Kidman are in third and fifth, respectively, in their race, which is led by Laura Dern (“Marriage Story”) and Jennifer Lopez (“Hustlers”), with Scarlett Johansson (“Jojo Rabbit”) in fourth.

Charlize Theron has the best chance to give “Bombshell” a win, per our odds, as she sits in second place in the lead actress race, behind Renee Zellweger (“Judy”), for her transformation into Megyn Kelly. Johansson (“Marriage Story”) is in third, followed by Lupita Nyong’o (“Us”) and Cynthia Erivo (“Harriet”).

After the Golden Globes, all four acting winners — Zellweger, Dern, Joaquin Phoenix (“Joker”) and Brad Pitt (“Once Upon a Time in Hollywood”) — feel poised to sweep, so perhaps “Bombshell’s” best opportunity is actually in ensemble, which sometimes goes to a film that isn’t a top three Best Picture contender, like recent champs “Black Panther” (2018) and “Hidden Figures” (2016) (it only got three Oscar nominations for Theron, Robbie and makeup). “Bombshell” isn’t a crowd-pleaser or a box-office smash like those movies, but it’s about a timely subject and SAG is the most socially conscious awards body. The film is also SAG catnip, as it’s littered with lots of “Hey, it’s that guy” cameos as Fox News and conservative personalities; however, because of the SAG Awards’ single title card credit rule, only eight actors are eligible for the award.