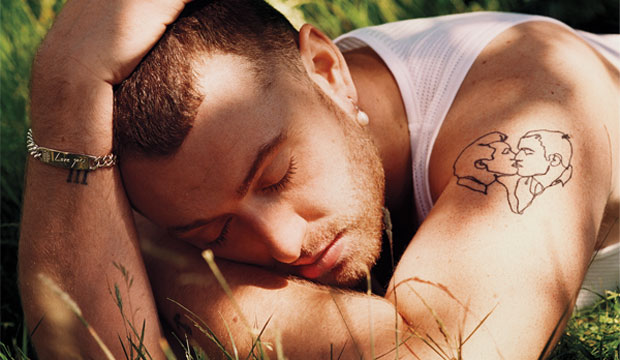 Breakup songs and albums are big business (just ask Taylor Swift and Adele), and Sam Smith entered the arena on October 30 with the release of “Love Goes,” which was delayed and re-titled due to the COVID-19 pandemic (it was previously intended to be released as “To Die For”). Melancholy ballads aren’t new for Smith; they won a few Grammys for “Stay with Me,” after all. But how does this personal collection of heartbreak songs, reportedly inspired by their split from actor Brandon Flynn, compare to their past work?

As of this writing “Love Goes” has a MetaCritic score of 65 based on 11 reviews counted thus far: four positive and seven somewhat mixed, but none outright negative. Reviewers call the album “sweeping and luxurious” and especially admire its “wounded, swooning” ballads, but even the more uptempo selections showcase the singer’s  “open-vein vulnerability.” Their voice remains a “prodigious instrument,” “lustrous and versatile.” However, others argue that the album lacks “overwhelming moments” to match his signature hits, and while it’s “among the more reasonable break-up albums you’re likely to hear,” “you long for it to land a few punches.”

Still, the album’s MetaCritic score is on par with Smith’s past releases. It’s actually a few points higher than their debut, “In the Lonely Hour,” which won the Grammy for Best Pop Vocal Album and was nominated for Album of the Year. How will this one do? Music fans have already heard a number of the album’s songs as they have been periodically released as singles over the last two years, including “Dancing with a Stranger,” their 2019 duet with Normani that reached the top-10 on the Billboard Hot 100. This year they charted with “To Die For” and “I’m Ready” (with Demi Lovato). But they haven’t been nominated at the Grammys since their breakthrough in 2015.

What do you think of Smith’s latest? Check out some of the reviews below, and join the discussion on this and more with your fellow music fans here in our forums.

Leah Greenblatt (Entertainment Weekly): “It’s the prettily composed ballads — wounded, swooning, steeped in regret — that tend to lead … Even at its most synth-driven and strobe-lit … the record remains rooted in a sort of open-vein vulnerability; the bruised, tender manifesto of a Kid Who Cares Too Much.”

Jon Pareles (New York Times): “Smith’s voice is a prodigious instrument: a pearly, androgynous croon, at once powerful and defenseless. On ‘Love Goes’ it’s deployed, as usual, to reflect on loneliness, longing and regret. Yet more than ever, Smith’s music is aware that even as the songs explore being alone, a mass audience is listening. The sound of ‘Love Goes’ is sweeping and luxurious: intimacy blown up to cinematic scale. Each song feels elaborately hewed.”

Jon Dolan (Rolling Stone): “As always, Smith’s voice is lustrous and versatile, swooping into the husky depths of the LP’s darker, reflective passages and skylarking over the more upbeat moments, displaying a rich, androgynous athleticism. ‘Love Goes’ doesn’t quite have overwhelming moments to match the titanic power of signature hits like ‘Latch’ … In some ways, that’s OK. There’s a gracious ease to even the most sweeping song.”

Fiona Sturges (The Independent): “Sam Smith’s third album, which catalogues the aftershocks of their split with the ’13 Reasons Why’ actor Brandon Flynn … is among the more reasonable break-up albums you’re likely to hear. You’d expect nothing less from a famously shy singer who, along with their Grammys, Brits, Oscars and Golden Globes, is surely a shoo-in for the award for Nicest Person in Pop. In songwriting terms, though, kindness and decency only get you so far. For all ‘Love Goes’’ heart-on-sleeve melancholy, you long for it to land a few punches.”