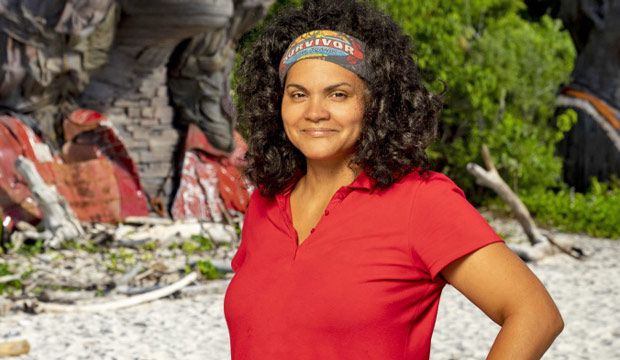 As this is the final season for Sandra Diaz-Twine to compete on “Survivor,” we reached out to the show’s passionate fans to tell us what they think of the queen retiring. Only 42% of viewers voted in our recent poll that they will “miss her so much” on CBS’s reality TV show. To compare, 40% of haters said “good riddance to bad rubbish” while the remaining 18% chose the “meh” option. Do you agree or disagree with those poll results? Sound off down in the comments section.

“Here I am for the fifth time, and once this is over I’m retiring from the game,” Sandra proclaimed during the third episode of “Survivor: Winners at War.” She continued, “So this season I’m going to switch gears. I want to prove my word to this tribe.”

So far Sandra’s Season 40 tribe has kept her safe despite the massive target on her back, but that’s mostly thanks to the fact that Dakal keeps winning challenges. Indeed, they’ve only been to one out of four tribal councils, where she joined the majority to vote out Amber Mariano to break up the so-called “poker alliance” with Amber, Tyson Apostol and Kim Spradlin-Wolfe.

Sandra is one of the game’s most controversial castaways both on and off camera — half seem to love her, half seem to hate her. But with the announcement of her “Survivor” retirement, that means we all only have a couple months left to watch Sandra work her magic on our TV screens.

Sandra’s first season was “Pearl Islands” (Season 7), which she won with a 6-1 jury vote over Lillian Morris thanks in part to her “anybody but me” strategy. The queen returned in “Heroes vs. Villains” (Season 20) as part of the villains tribe, ultimately defeating Parvati Shallow and Russell Hantz by a 6–3–0 jury vote. That’s the moment Sandra became the first, and so far only, two-time winner in “Survivor” history.

In “Game Changers” (Season 34), Sandra felt the sting of defeat for the first time when she was eliminated prior to the merge, mostly because her tribe lost five of the first six immunity challenges. Producers asked her back to serve as a mentor in “Island of the Idols” (Season 39) alongside Rob Mariano. Months later, both of them returned to compete in “Winners at War” (Season 40), where they are now hoping to win the record-high $2 million grand prize.