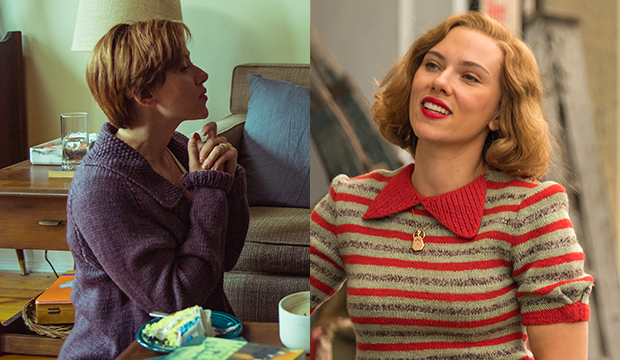 Scarlett Johansson is still awaiting her first Oscar nomination, and good things come to those who wait because she looks solid to become one of the select few to get two acting bids in one year on Monday.

While Johansson has long been expected to reap a Best Actress nomination for “Marriage Story,” her fate in Best Supporting Actress for “Jojo Rabbit” had been up in the air, thanks to a far more fluid category, which ultimately may actually help her. Though she was snubbed by the Golden Globes for “Jojo,” she’s hit the other televised precursors, Critics’ Choice, Screen Actors Guild and BAFTA Awards, solidifying her position. Helping her cause is the fact that “Jojo” is a Best Picture contender; the Nazi satire had a great Tuesday with six BAFTA nominations, a Producers Guild of America Award nomination and a surprising Directors Guild of America Award bid for Taika Waititi.

Johansson would be the 12th performer with double bids and the first in 12 years. The other 11 are:

8. Emma Thompson (1993)
Best Actress, “The Remains of the Day”
Best Supporting Actress, “In the Name of the Father”

Seven have won one category and none have gone 2 for 2 yet. Of the four double losers, Blanchett and Thompson were already Oscar winners and would later win a second (Thompson’s was for adapted screenplay for 1995’s “Sense and Sensibility”), and Moore won Best Actress 12 years later for “Still Alice” (2014), leaving Weaver as the sole double nominee who doesn’t have an Oscar to her name. The actress, who was also shortlisted for “Aliens” (1986), has the dubious honor of being the first double nominee to lose both awards as well.

What does that mean for Johansson? Well, let’s see if she gets both nominations first. At the moment, she’s not predicted to win either category. After being in second most of the season, she’s now fallen to third in our Best Actress odds, behind Renee Zellweger (“Judy”) and Charlize Theron (“Bombshell”); Saoirse Ronan (“Little Women”) and Awkwafina (“The Farewell”) are in fourth and fifth, respectively. Over in supporting, she’s in fifth place, trailing her “Marriage Story” hotshot lawyer Laura Dern, Jennifer Lopez (“Hustlers”), Margot Robbie (“Bombshell”) and Florence Pugh (“Little Women”).