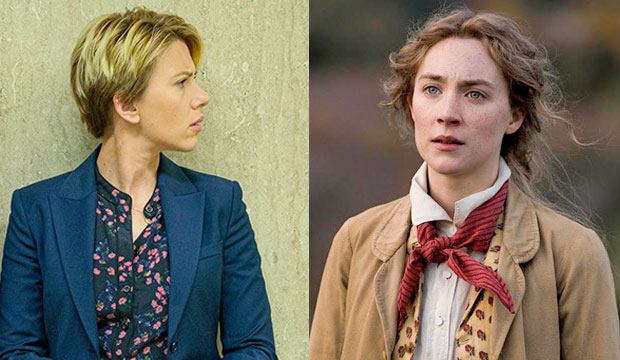 The last time the Oscar winner for Best Actress hailed from the year’s Best Picture champion was 2004, when Hilary Swank prevailed for “Million Dollar Baby” in Clint Eastwood‘s tragic boxing drama. It’s now been 15 years since Best Actress and Best Picture synced up, compared to eight years for Best Actor (Jean Dujardin and “The Artist” in 2011), six years for Best Supporting Actress (Lupita Nyong’o and “12 Years a Slave” in 2013) and one year for Best Supporting Actor (Mahershala Ali and “Green Book” in 2018). Is there — gasp! — an Oscar curse in the making? If so, only Scarlett Johansson (“Marriage Story”) and Saoirse Ronan (“Little Women”) can break it.

When the 2020 Oscar nominations were announced Monday morning, ScarJo and Saoirse were the only two Best Actress nominees whose films were also up for Best Picture. Their co-nominees are Cynthia Erivo (“Harriet”), Charlize Theron (“Bombshell”) and Renee Zellweger (“Judy”). The other seven Best Picture nominees are “Ford v Ferrari,” “The Irishman,” “Jojo Rabbit,” “Joker,” “1917,” “Once Upon a Time in Hollywood” and “Parasite.”

For the curse to be broken, one of two scenarios will have to take place on Oscar night: Johansson and “Marriage Story” will both have to win, or Ronan and “Little Women” will both have to prevail. Of course, the odds are against either case coming to fruition. The de facto favorite to win Best Actress is Zellweger, who’s coming off major wins at the Golden Globes and Critics’ Choice Awards. Her film “Judy” is only up for one other Oscar, for Best Makeup and Hairstyling.

And Best Picture is likely to go to precursor champs like “1917,” “Once Upon a Time in Hollywood” or “Parasite.” Unfortunately, none of these front-runners include leading roles for women, a recent trend for Best Picture winners. In fact, of the past 14 winning films, only one featured a part for a lead actress: Sally Hawkins as mute cleaning lady Elisa Esposito in “The Shape of Water” (2017).

When Swank claimed victory in 2004, she was the only nominee from a Best Picture contender. The others were Annette Bening (“Being Julia”), Catalina Sandino Moreno (“Maria Full of Grace”), Imelda Staunton (“Vera Drake”) and Kate Winslet (“Eternal Sunshine of the Spotless Mind”). “I’m just a girl from a trailer park who had a dream,” Swank said at the Academy Awards podium after her “Million Dollar Baby” triumph. It was actually her second Best Actress trophy following “Boys Don’t Cry” (1999).