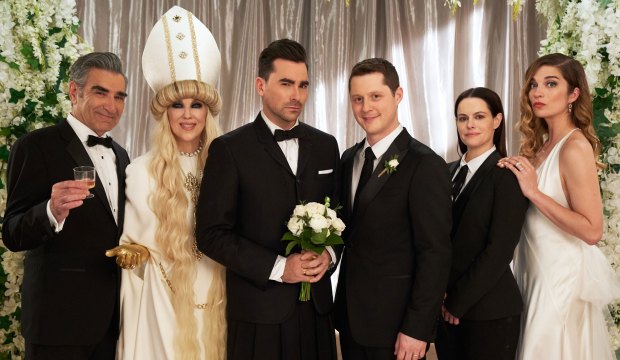 The record for the most acting Emmys in a single year for a comedy is shared by “Saturday Night Live” and “The Marvelous Mrs. Maisel,” which won four performance awards in 2017 and 2019, respectively. Both shows swept the supporting and guest categories in those years, but what no comedy has ever done is win all four categories for series regulars: both supporting and both lead races. “Schitt’s Creek” has the best chance of doing that of any show in years.

As of this writing, “Schitt’s Creek” is already the odds-on favorite to win three of those four awards. Catherine O’Hara is the front-runner for Best Comedy Actress with 17/5 odds. Eugene Levy gets leading odds of 37/10 to win Best Comedy Actor. And Dan Levy has a slight edge over defending champ Tony Shalhoub (“The Marvelous Mrs. Maisel”) for Best Comedy Supporting Actor with 9/2 odds.

The only acting category where “Schitt’s Creek” is not out front is Best Comedy Supporting Actress, but it’s close. Alex Borstein (“Mrs. Maisel”) is currently undefeated, having won for the last two years for her scene-stealing role in the Amazon series, so she narrowly leads our odds to win for the third year in a row. But she could split votes with her co-star and fellow nominee Marin Hinkle. That wasn’t a problem last year when both were nominated and Borstein won anyway, but with so much “Schitt” hitting the fan this year, it could be enough to give Annie Murphy the opening she needs.

Murphy ranks second in that category with 5/1 odds with support from hundreds of our users who are betting that she’ll upset Borstein. That includes three of the Expert journalists we’ve surveyed, four Editors who cover awards year-round for Gold Derby and seven of our Top 24 Users who got the highest scores predicting last year’s Emmy winners.

If “Schitt’s Creek” does go four-for-four, it’ll be the first program to win four main acting awards in any genre since “Angels in America” swept the movie/limited series races in 2004 for leads Al Pacino and Meryl Streep and supporting players Jeffrey Wright and Mary-Louise Parker. Do you think O’Hara, Murphy and the Levys will follow in those auspicious footsteps? 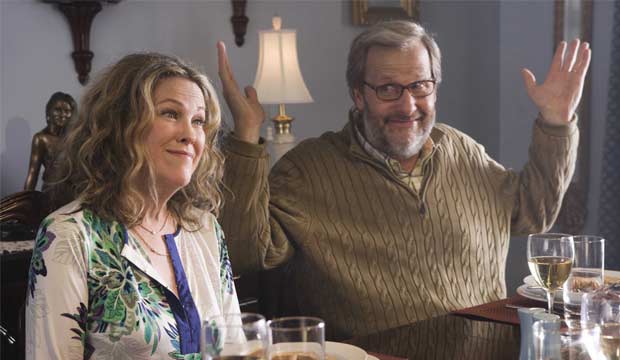