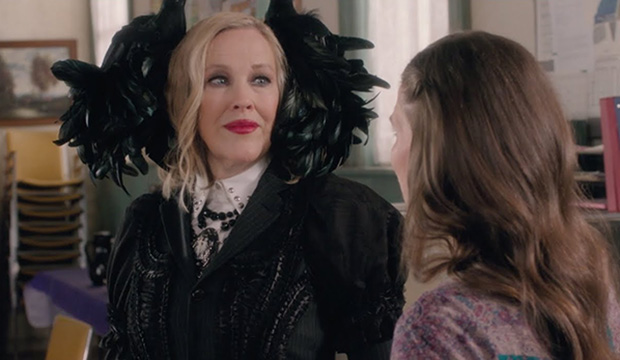 At the Oscars, the last time Best Picture and Best Actress went to the same film was for 2004’s “Million Dollar Baby” and Hilary Swank. Fortunately, things are not as dire at the Emmys. 2017 was the most recent occurrence in drama and limited series of the series-leading lady matchup (for “The Handmaid’s Tale” and Elisabeth Moss, and “Big Little Lies” and Nicole Kidman, respectively). But nothing beats the streak in comedy: Best Comedy Series and Best Comedy Actress have gone to the same show for the last five years — and it could continue with another show and star, “Schitt’s Creek” and Catherine O’Hara.

After five consecutive comedy series victories for “Modern Family,” which submitted all of its actors in supporting, 2015 saw “Veep” prevail for the first time while Julia Louis-Dreyfus scooped up her fourth straight comedy actress statuette for the HBO satire. Prior to JLD, the last time comedy series and actress lined up was in 2008 with “30 Rock” and Tina Fey. The only other instance this century was in 2002 with “Friends” and Jennifer Aniston.

“Veep” and Louis-Dreyfus defended their crowns in 2016-17, but sat out 2018, which paved the way for breakout hit “The Marvelous Mrs. Maisel” and Rachel Brosnahan to triumph. Last year, “Veep,” in its final season, and “Maisel” were eligible, but were no match for the phenom that was “Fleabag” from Phoebe Waller-Bridge, who became the first person to defeat Louis-Dreyfus for “Veep” and denied her from going 7 for 7.

With “Fleabag” gone, “Maisel” and Brosnahan could, of course, reclaim their titles and carry on this trend, but the more interesting scenario is up the “Creek.” The Pop TV series broke through last year with four bids, including series and lead mentions for O’Hara and Eugene Levy, and enjoyed the kind of growing acclaim and affection every series could only dream of for its sixth and final season earlier this year. It could be just the third show to win its first comedy series Emmy for its final season.

“Maisel” and “Schitt’s Creek” have been neck and neck in comedy series this whole time — they have the exact same odds, 9/2, but the former is slightly ahead with more higher placements. But in actress, O’Hara leads the way at 18/5 to Brosnahan’s 39/10. With her spectacular wigs and ineffable accent, O’Hara’s indelible, outrageous and fashionable Moira Rose is an all-time performance. The comedy legend won an Emmy as part of “SCTV’s” writing team in 1982 (that also included Levy), but she’s never been rewarded for acting — her only other acting bid was for “Temple Grandin” in 2010.

If it isn’t “Schitt’s Creek”/O’Hara or “Maisel”/Brosnahan, three of the remaining four predicted comedy actress hopefuls have their shows in our comedy series top eight: “Dead to Me’s” Christina Applegate and Linda Cardellini, who are in third and sixth, respectively, and “Better Things'” Pamela Adlon, who is in fourth. Issa Rae is in fifth, but “Insecure” is just out at ninth at the moment. “The Good Place,” “Curb Your Enthusiasm,” “Dead to Me,” “Ramy,” “The Kominsky Method” and “Better Things” occupy spots three through eight in comedy series.