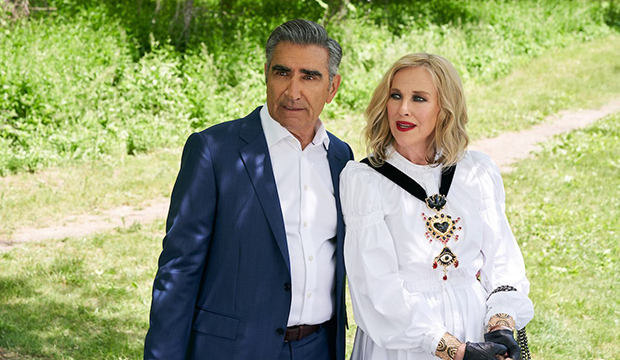 SEE‘One Day at a Time’: Pop’s Emmy success with ‘Schitt’s Creek’ could boost their other acclaimed family sitcom

This Canadian laffer about a rich family who loses everything and has to move to a tiny blue-collar town was completely skunked for its first four seasons before it broke through last year with four Emmy bids: series, actor, actress and costumes. TV academy voters finally discovered “Schitt’s Creek” thanks to a combination of word-of-mouth and Netflix’s acquisition of the old Pop episodes, which they seemingly binge-watched in one fell swoop.