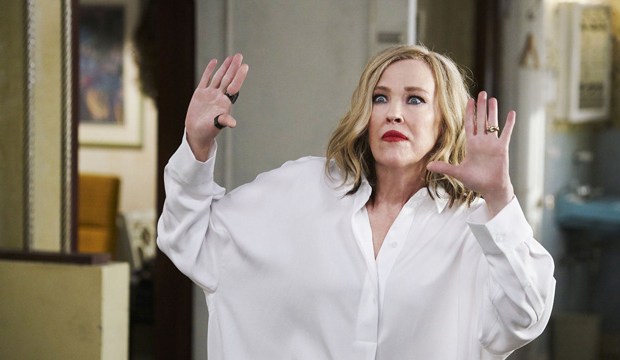 Beware: there’s so much love for “Schitt’s Creek” season 6 right now as the whole series comes to its hilarious and heart-tugging end, it could cascade through the Emmys, winning Best Comedy Series, Actress (Catherine O’Hara), Actor (Eugene Levy) and more.

In order to claim the top prize, it helps to have wide support across the Television Academy branches and “Schitt’s Creek” clearly has that among the actors. Eugene Levy and Catherine O’Hara were both nominated last year, too, and Levy is way out front to win (18/5 odds) and O’Hara hovers in second place behind past champ Rachel Brosnahan (“Marvelous Mrs. Maisel”). Now Dan Levy ranks second for Best Supporting Actor and Annie Murphy looks good for a nomination in the supporting-actress contest.

What’s curious about all of this is that “Schitt’s Creek” is a beloved cult hit among savvy TV viewers and Hollywood’s industry insiders and that’s exactly the kind of show that disrupted TV’s top awards last year: “Fleabag.” Originally, “Fleabag” didn’t seem like a serious threat during the early days of the 2019 derby, but it slowly built up momentum and ended up overtaking “Maisel” and “Veep” in the final days.

Do you believe “Schitt’s Creek” can do the same thing now? Make your predictions and compete against our Experts, Editors and Top 24 Users for best accuracy score.