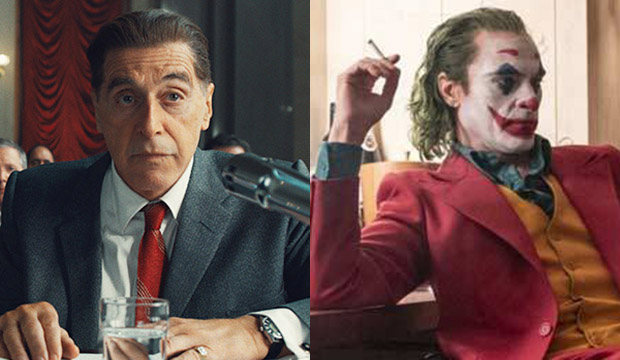 Over the past few days, several Oscar voters told Gold Derby who they voted for — and why. They asked us not to reveal their identities, but they were otherwise eager to share their views of the year’s best films. Now that 2020 Academy Awards voting has concluded, we’ll share a few with you. The comments below by Voter #2 for each category are part of the thought process in choosing these potential winners.

BEST PICTURE: “The Irishman”
The story itself was compelling and captivating. And it wasn’t just about getting the boys all back together again because Pacino wasn’t with him before. The technical crafts with the set designs, cinematography, editing and Robbie Robertson’s music were impressive. I am a major fan and was with it from the minute it started to the minute it ended. Second place is “Jojo Rabbit.” Third place is “Marriage Story.”

BEST DIRECTOR: Martin Scorsese (“The Irishman”)
My heart would go with Marty. There is a lot of negative campaigning against the movie, about how it’s too long and how nobody wants to sit through it. I loved it, man. I sat through it twice and time flew by. The crafts that he had and all the people who worked with him were amazing.

BEST ACTRESS: Scarlett Johansson (“Marriage Story”)
Renee Zellweger did a really good job in a not-so-good movie. Scarlett is brilliant, and I hope she doesn’t lose both nominations. They’re both deserved, and I thought she was amazing.

BEST ACTOR: Joaquin Phoenix (“Joker”)
I would love to see Antonio Banderas win and am thrilled he got nominated. But you can’t take anything away from Joaquin Phoenix. It’s a tour de force and he should definitely win!

BEST SUPPORTING ACTRESS: Scarlett Johansson (“Jojo Rabbit”)
I loved that movie and it now doesn’t have the momentum that I thought it would have. She is so amazing in that movie with the sentiment it has and the way she handles her son and the hidden Jewish girl. Again, I hope she wins one of them, so I’m voting for her in both categories.

BEST SUPPORTING ACTOR: Brad Pitt (“Once Upon a Time in Hollywood”)
It’s a slam dunk for Brad Pitt, and that’s the way it should be. Of course, it is a really tough category and even then some great ones got squeezed out because there are a limited number of slots. Brad looked like he was having so much fun the entire time they shot the movie.

BEST ADAPTED SCREENPLAY: Steven Zaillian (“The Irishman”)
I think “Little Women” will get it as a way to apologize to her for not getting nominated for Best Director, but I would vote for “The Irishman.”

BEST ORIGINAL SCREENPLAY: Quentin Tarantino (“Once Upon a Time in Hollywood”)
I would go for Tarantino. He definitely deserves some sort of recognition for this great movie that he made. It’s not going to be in the Best Director category. He’s won here before so we like to give him the screenplay award.