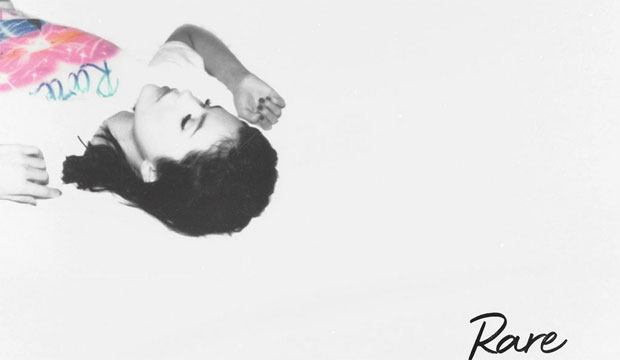 Selena Gomez has had a tough few years of physical and mental health challenges (everything ranging from public breakups to a kidney transplant to depression), but she has returned with her first full album in half a decade: “Rare,” which follows up her platinum 2015 EP “Revival.” It was released on January 10, a couple of months after its lead single “Lose You to Love Me” debuted at the top of the Billboard Hot 100 singles chart, making it her first number-one hit. So what do critics think of her new collection?

As of this writing the album has a MetaCritic score of 78 based on nine reviews counted thus far: seven positive, two somewhat mixed, none outright negative. That makes it her highest rated album on the review aggregator, just a few points higher than “Revival.” It’s being described as her “most meaningful solo disc,” which “introduces her as an artist with distinct sensitivities and a clear point of view.” Apart from the solemn lead single, the album is “shockingly, and beautifully, upbeat”; the singer-songwriter “dances out the toxins.” But others claim that while it’s an “accomplished, coherent record,” it’s full of “filler tracks” that “pale in comparison” to Gomez’s earlier hits.

Could “Rare” get her to the Grammys next year? Though she has won an American Music Award and an MTV Video Music Award and been nominated for several Billboard Music Awards — plus plenty of surfboards from the Teen Choice Awards — she has never been in contention for the industry’s top prize. However, the Disney Channel alum may yet find herself in their 2021 lineup. Other artists with kids’-TV backgrounds — like “Mickey Mouse Club” alum Justin Timberlake and current Album of the Year nominee Ariana Grande, who got her start on Nickelodeon — have had to wait a few years for the recording academy to take them seriously as artistes.

But now it looks like Gomez could be welcomed into the music business’s elite ranks thanks to “one of the best pop albums to be released in recent memory.” Check out a few of the reviews below, and join the discussion on this and more with your fellow music fans here in our forums.

Jem Aswad (Variety): “It’s hard to think of a more dramatic example of how far Gomez has come musically in nearly five years: ‘Rare’ is one of the best pop albums to be released in recent memory, and — as it does for artists ranging from Robyn and Charli XCX to Max Martin’s more adventurous productions — it feels like that term does a discredit to this sophisticated, precisely written and expertly produced music.”

Mikael Wood (Los Angeles Times): “She finally has her say on ‘Rare,’ her third and most meaningful solo disc … Gomez — a willing participant, let’s not forget, in the maintenance of her renown — cuts an unusually sympathetic figure on ‘Rare,’ which after years of crafty but inessential product introduces her as an artist with distinct sensitivities and a clear point of view … Gomez stays strikingly relatable.”

Brittany Spanos (Rolling Stone): “Her third solo album is an act of divine ruthlessness: Gomez dances out the toxins weighing her down and breathes in loads of post-Lizzo ‘fuck you, I love me’ energy … Rare is shockingly, and beautifully, upbeat. She wants to ‘Dance Again,’ throwing a party for her newly enlightened self who is ready to let love in. She has thankfully concluded that baggage doesn’t mean she is incapable of accepting love and sensuality.”

Alexandra Pollard (The Independent): “It is an accomplished, coherent record, with moments of ecstasy and others of pathos – but its filler tracks pale in comparison to Gomez’s gold standards … There is a lot to like about Rare. But it never quite gets out from beneath the shadow of half a decade of behemothic bangers.”