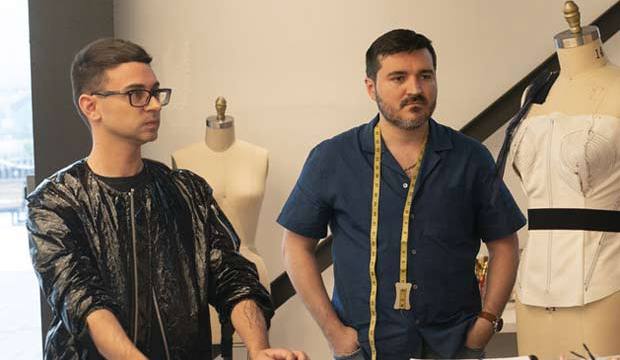 After only four weeks of “Project Runway” season 18 almost every contestant remaining in the competition has gotten at least one high score from the judges, so choosing who goes home will start to get a lot harder. Who will they send home next? Could it even be the designer who already seems to think he’s the front-runner?

Sergio Guadarrama leads our elimination forecasts with 13/5 odds based on the combined predictions of “Runway” fans who have placed their bets here in our predictions center. That would certainly be a surprise to him after spending weeks pronouncing his own superior skill and expertise — he said during one runway that he doesn’t think he’ll ever be at the bottom.

But episode five is a team challenge. Granted, he did great during the team challenge in the season premiere episode, “Blast Off,” but that was just working in pairs. With larger teams like there will be tonight, it’s anyone’s guess how his, shall we say, self-confidence will butt up against his fellow designers when they have to work together.

SEEKushner-gate on ‘Project Runway’: Some fans say Tyler crossed the line, but now he’s using it to make a new fashion statement

Ranked second in our elimination predictions is Dayoung Kim with odds of 10/3. And there’s good reason to worry about her too. Out of the 11 remaining contestants, she’s the only one who hasn’t gotten a high score yet. Her only critique from the judges came in “Blast Off” when she and her partner Alan Gonzalez were one of the bottom two teams.

Gonzalez has since gotten the axe, and while Kim has gotten safe scores every week since the premiere, it might be an easy choice for the judges to send her home if she struggles again. After all, she’s up against 10 designers they’ve loved at least once. She’ll have to cross her fingers that she ends up on the winning team.