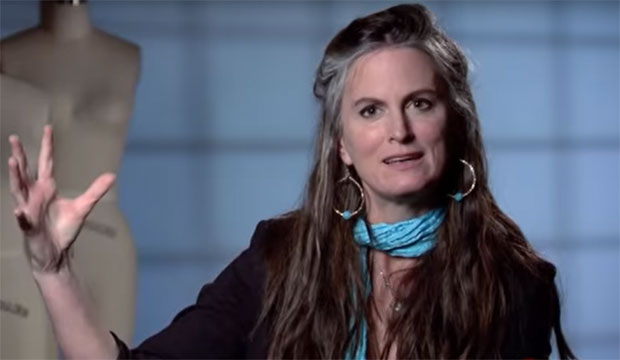 When “Project Runway” returned to Bravo for its 17th season last year, besides replacing Heidi Klum as host and Tim Gunn as mentor with model Karlie Kloss and Season 4 winner Christian Siriano, it also embraced a more enlightened commitment to diversity among the designers who are competing. That extended to the models, who represent all shapes, sizes and ethnicities. The show now also goes out of its way to employ eco-friendly challenges, salutes to public workers and promotion of society-benefiting causes. As a result, the workroom features fewer conniving villain types and dirty tricksters. Check out some of our favorite catty, contemptuous designers who came before by clicking above.

That’s not to say that Season 18, which is currently airing, has lacked large personalities, what with the arrogant Sergio Guadarrama openly tossing aside the mandates of some challenges because his female clientele is “sophisticated” and over 40. Making matters worse, he said that to guest judge Cyndi Lauper, who is definitely over 40 and knows a thing or two about fashion.

Meanwhile, Delvin McCray is also a bit full of himself, considering he spends time to iron his white lab coat before he starts working on an outfit, an affectation that he picked up from couture ateliers in Paris. He was also dismissive of Nancy Volpe-Beringer — who, at age 64, is the oldest designer to compete on the show — during a team challenge by not including her in discussions about hair and makeup. However, McCray has also shown humility in the face of unfamiliar materials and themes, and he’s self-aware enough to know when he’s off his game, so he might not quite qualify as a villain — yet.

But bad manners and over-confidence tend to hurt those who exhibit those actions far more than they trip up their targets. Go back to the good old days of sabotage, cheating and lying on “Project Runway” by checking out our list of sinister villains from seasons past (and present?) whose bad behavior, nasty remarks and dastardly schemes helped make this Emmy-winning reality show what it is today.