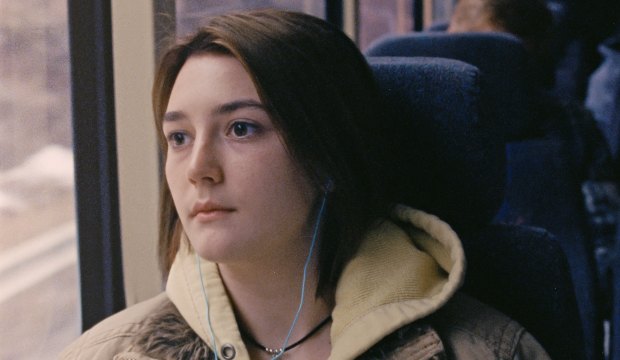 In an Oscar race unlike any we’ve seen before, few acting contenders can be truly counted out, especially as COVID-19 has pushed a number of high-profile releases out of contention. With the film industry shutting down for months, academy members have also had more time to watch films from home, which might include indie darling “Never Rarely Sometimes Always” from Focus Features.

The Eliza Hittman-directed drama, about a Philadelphia teenager who travels to New York City to get an abortion, premiered at Sundance in January to rapturous reviews, especially for its newcomer star, Sidney Flanigan. With critics praising Flanigan as a “remarkable discovery” and “a wonder to behold,” she could pick up more than a few votes in Best Actress if the industry is just as impressed.

While Flanigan’s performance is more naturalistic than the stereotypically showy, transformative Oscar performance, it is a remarkably assured acting debut. As Autumn, she is able to communicate through quick facial expressions how uncomfortable she is as she navigates a harsh world. She is raw and vulnerable while dealing with medical professionals, leading up to a stunning long take focused just on her face as she is questioned by a counselor before her procedure and the meaning of the film’s title is understood.

The film explores the resilience of young women as Autumn and her supportive cousin Skylar (Talia Ryder) depend on each other to get through difficult situations, including the medical barriers they have to overcome so Autumn can receive the care she needs. It is in those unspoken moments of bonding that Flanigan adds fascinating shadings to Autumn, showing the kind of loyalty and understanding any of us would want from a loved one.

DISCUSSWhich Upcoming Best Actress Contending Film Are You the Most Excited For?

If awards voters are wowed by Flanigan’s performance, an Oscar nomination is a strong possibility. The hardest part may be to get academy members to actually watch the under-the-radar film, but if they do she could court the same kinds of voters who got other subtle, breakthrough performances in low-budget films into the race, like Catalina Sandino Moreno (“Maria Full of Grace”), Quvenzhané Wallis (“Beasts of the Southern Wild”) and Jennifer Lawrence (“Winter’s Bone”) — before she was, well, Jennifer Lawrence.

Those actresses were relatively unknown when they received their noms. What helped all of them earn their first Oscar nominations was critical support. Should Flanigan pick up multiple critics’ group notices at the end of the year (a strong possibility given the film’s sky-high MetaCritic and Rotten Tomatoes scores), she could mount a strong campaign heading into the awards show, especially in an uncertain year like this.