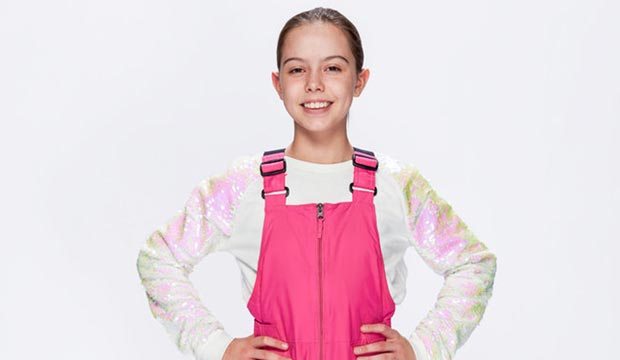 The Top 10 acts of “America’s Got Talent: The Champions” Season 2 performed Monday night for their final chance of impressing the superfan voters. One such act, Alexa Lauenburger, gave it her all with her cute troupe of talented dogs doing the conga, but Simon Cowell simply wasn’t impressed. “I think you’ve just blown your chance of winning the show,” he hissed. Alexa, age 11, is not used to hearing negative criticism as she previously won “Germany’s Got Talent” Season 11. However, she took Simon’s pooh-poohing of her act like a champ, even as the studio audience booed the notoriously mean judge. Read the judges’ complete comments below.

Alesha Dixon: “This is so much pressure tonight. You’ve put a new routine on. You pulled out some new tricks. And that last trick? You nailed it when you had all the dogs in line. You know what? It’s a tough, tough night. You came out first, but please be proud of what you’ve done because those dogs, every single one of them, they are champions already in my view. They melt my heart. They really do.”

SEEWhen is the ‘AGT: The Champions’ season 2 finale? Who is competing? Who chose the winner?

Howie Mandel: “Here’s the real story of the night. There’s 10 acts and only one act is going all the way. You feel the pressure. There’s more pressure tonight than there ever has been. That being said, you nailed it as Alesha said. So I loved it. It’s up to the superfans, the 50 states. They’ve got a tough choice to make.

Simon Cowell: “This is not gonna make me very popular. I’m gonna be really honest with you. This was nowhere near as good as [your other] two performances. The show is called ‘Champions.’ This is the final. Based on that, I think you’ve just blown your chance of winning the show.”