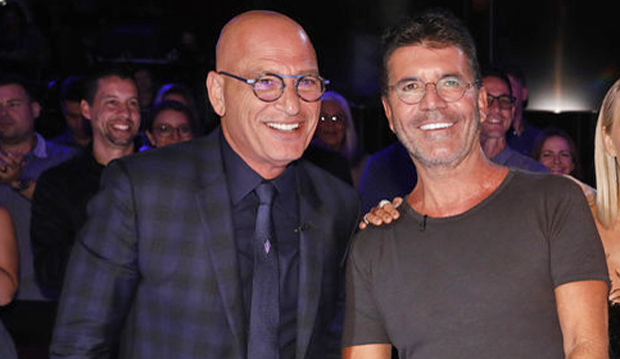 In the aftermath of Simon Cowell‘s bicycle accident over the weekend, Kelly Clarkson filled in for him during the first two “America’s Got Talent” live shows of Season 15. (The performances aired on August 11 with the results scheduled for August 12.) There’s still no word on when — or if — the British judge/producer will return to NBC’s reality TV show, but Howie Mandel just gave his personal theory in an interview with “TODAY With Jenna & Hoda.” “There may be a Simon sighting before the end of the season,” he teased.

SEEComedian Michael Yo (‘America’s Got Talent’) on surviving coronavirus: ‘I fought hard’ [WATCH]

Howie, who’s been a part of “AGT” since Season 5, continued, “Simon is from another planet … He’s already been up on his feet and walking … I wouldn’t count him out for the live shows yet.” Simon created the worldwide “Got Talent” franchise and officially joined the American judging panel in Season 11. “As much as it’s devastating, it’s also good news that he is going to be fine and make a full recovery,” Howie added.

Simon broke his back in a bike accident at his Malibu home on Saturday. He endured a five-hour surgery and had a metal rod placed in his back. One would think Simon would be out of commission for the rest of the season, but Howie’s update now gives “America’s Got Talent” fans a bit of hope that we’ll be able to see him before the end of Season 15. Stay tuned.

SEE Kelly Clarkson (‘America’s Got Talent’): ‘I have waited years’ to replace Simon Cowell, she laughs during ‘AGT’ live show

Based on Gold Derby’s predictions, the six acts most likely to advance to the Semifinals will be Archie, Bello & Annaliese, Feng, Michael, Shaquira and Roberta. That means the five acts most in danger of elimination are Brett, Double Dragon, FrenchieBabyy, Pork Chop Revue and Simon & Maria. Do you agree or disagree with our users’ odds?

'America's Got Talent': 15 most viral 'AGT' auditions of all time