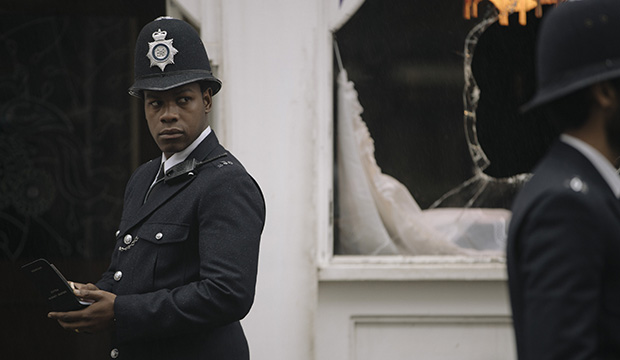 The “Lovers Rock” installment of “Small Axe” has been a fixture on critics’ lists of the year’s 10 best films. The Los Angeles Film Critics Association just named the complete five-film “Small Axe” collection the best single film of the year. But do not look for either title to show up in the Best Picture race at the Golden Globes, Critics’ Choice or industry guild awards — Amazon is campaigning “Small Axe” for those awards as a limited/anthology series and will presumably do the same for the Emmys and BAFTA when submissions open in the spring. (Like many British co-productions, it is ineligible altogether for the Writers Guild of America Awards.)

The category confusion does not end there. Letitia Wright, recently nominated as a supporting actress (in a feature film) by the Chicago Film Critics Association, and John Boyega, who appear in the “Mangrove” and “Red, White and Blue” installments, respectively, were initially submitted as leads at the Globes, but Amazon has since moved them to supporting, where performers with less than 50 percent of screen time across an entire anthology series must compete. “Mangrove,” the series’ opener, also features Shaun Parkes, who rounds out the names billed on publicity posters for the miniseries and will presumably figure into campaigning for the Emmys, which have more nomination slots for limited series actors than the Globes and more than twice as many as the Screen Actors Guild Awards.

“Small Axe” was produced for and originally aired weekly on BBC One in the United Kingdom, with American streaming availability days later in November and December on Amazon Prime, where it is subtitled “Season 1” per the website’s naming conventions. The five standalone parts about West Indian immigrants in 1960s and ’70s London run from 63 to 128 minutes. Oscar winner Steve McQueen serves as director, executive producer, co-writer and co-editor.

Feature-length episodic anthologies were previously instructed at the Emmys to split themselves up and run individual installments as separate Best TV Movie entrants, but such programs will be considered in their entirety going forward in the Best Limited Series category, which is being renamed Best Limited/Anthology Series for the 2021 ceremony. (The equivalent Globe category has already been similarly renamed, but this has gone mostly unnoticed.) Adding to the confusion is that episodic anthologies that have not been feature-length variably have been forced to compete in the Best Comedy Series and Best Drama Series fields. The Emmys are also known to grant exceptions, even in clear-cut cases.

The Oscars have allowed films from streaming services to compete in recent years, so long as the films had a qualifying theatrical run first. The academy removed that qualifier for this year in light of pandemic-related shutdowns, making the “Small Axe” films functionally no different in the United States than fellow Amazon exclusive “Borat Subsequent Moviefilm,” which skipped a theatrical release, as well as a festival run. Television shows have increasingly premiered at film festivals in recent years and “Small Axe” actually played at several, including the New York Film Festival.

Industry-voted awards and the Golden Globes generally accept wherever studios campaign and enter their contenders, but the critics’ awards tend not to have submissions or much in the ways of rules. Although the industry will get the last word in the awards season, the regional critic groups have reached a consensus (supported by review aggregate Metacritic): “Small Axe” should not be considered opposite something like “The Queen’s Gambit,” which has been universally accepted as a television show, despite never airing on linear television. Unlike “Small Axe,” “The Queen’s Gambit” was not produced for television broadcasting. Plus, it was block-shot and released in its entirety like a film instead of episodically. 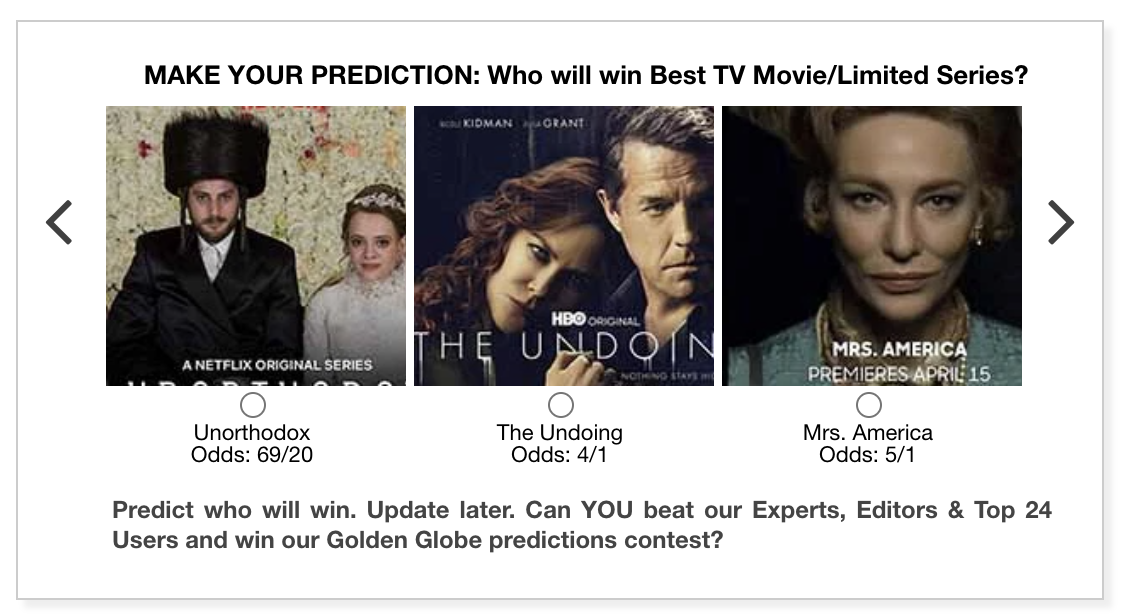