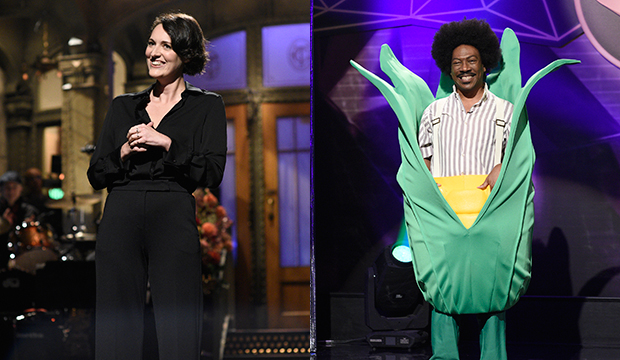 “Saturday Night Live” has made a killing in the guest comedy Emmy categories ever since it was allowed to compete there 11 years ago. The show has collected 10 statuettes in that timeframe — five in each category — but none last year. Can it find its way back to the podium in September?

Last year was just one of three years in which “SNL” did not win either comedy guest category; the awards went to “The Marvelous Mrs. Maisel’s” Jane Lynch and Luke Kirby. 2013 was the first instance, when Melissa Leo (“Louie”) and Bob Newhart (“The Big Bang Theory”) triumphed — the latter winning his long-awaited first Emmy. In 2015, Joan Cusack (“Shameless”) and Bradley Whitford (“Transparent”) were victorious. Cusack lucked out in that she didn’t have to compete against an “SNL” nominee at all (on the actor side, the 2010 race, won by Neil Patrick Harris for “Glee,” is the only one not to feature an “SNL” contender).

SEE Could ‘Drunk History’ swipe the Best Variety Sketch Series from ‘SNL’ back to Comedy Central?

Our early odds are forecasting four guest bids total for the sketch series: Phoebe Waller-Bridge and Kristen Wiig in Best Comedy Guest Actress, and Eddie Murphy and John Mulaney, who was nominated last year, in Best Comedy Guest Actor. Only Murphy — who returned to the show for the first time in 35 years to host the Christmas episode during which he revived some of his iconic characters (Buckwheat, Gumby) — is predicted to win, while Mulaney, who hosted the first-ever leap day installment, is in third.

Waller-Bridge is in second, behind Maya Rudolph (“The Good Place”), but she could still be in the “Fleabag” afterglow with voters. Wiig, who went 0-4 in supporting when she was a regular cast member, is in sixth for hosting the virtual season finale in quarantine.

But “SNL” could very well get blocked by the “Maisel” contingent again. Looking to repeat, Kirby is in second and Zachary Levi is in fifth, while Wanda Sykes is in third over in actress. The Amazon series has also claimed the Screen Actors Guild Award for comedy ensemble two years running.

Jon Hamm (“Curb Your Enthusiasm”), in fourth, and the late Fred Willard (“Space Force”), in fifth, round out our actor top 6. “The Politician’s” Judith Light and Bette Midler are in fourth and fifth in actress, respectively.