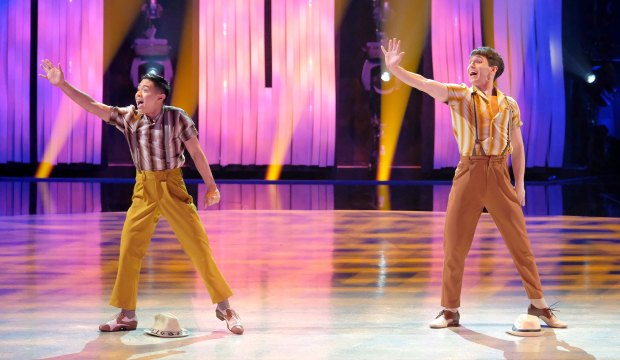 Winning Emmys is old hat for the FOX competition series “So You Think You Can Dance,” but it’s a brand new experience for Al Blackstone, who claimed Best Choreography for Variety or Reality Programming at the Creative Arts Awards on Saturday night, September 19. He won for three routines from the show’s 16th season, which aired last summer: “I’ll Be Seeing You,” “Mambo Italiano” and “The Girl from Ipanema.” Scroll down to watch his winning routines at the bottom of this post.

This was Blackstone’s second nomination for “SYTYCD,” following a bid in 2018, and now he continues the show’s long tradition of Emmy winners for choreography. This is its 12th victory in the category, extending its already massive record (the next most awarded show is “Dancing with the Stars” with three choreography prizes). “SYTYCD’s” full list of winners are now as follows:

2011: Mia Michaels (“Every Little Thing She Does Is Magic,” “When We Dance,” “This Bitter Earth – On the Nature of Daylight”)

“SYTYCD” contestants Anna Linstruth and Benjamin Castro performed Blackstone’s Broadway-style routine “I’ll Be Seeing You” in “Top Eight” week. Then Bailey Muñoz danced to “Mambo Italiano” with all-star Koine Iwasaki in the “Top Six” round. And when the show was down to the “Top Four,” Muñoz and Gino Cosculluela performed “Girl from Ipanema.” Muñoz ended up winning the competition, so it certainly didn’t hurt Blackstone to have the champ on his Emmy reel.

Unfortunately, “SYTYCD” probably won’t be able to defend its title at the 2021 Emmys. Because of the COVID-19 pandemic, FOX decided to scrap this summer’s season since the show requires such close contact between the contestants. Though perhaps there’s a chance for the show to return before next year’s May 31 Emmy eligibility deadline, depending on how the unpredictable public health crisis progresses over the next year. Either way, it doesn’t look like any show will catch “SYTYCD’s” choreography record anytime soon — if ever.