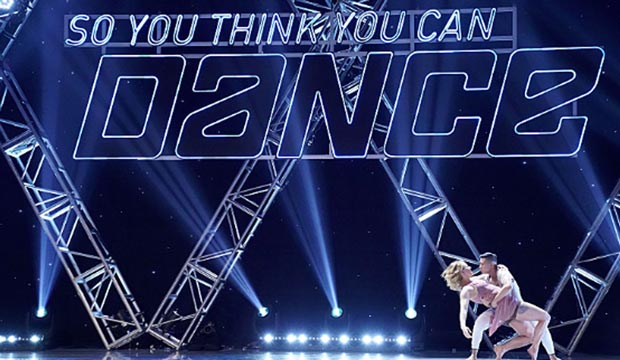 When Fox officially renewed its dance competition series “So You Think You Can Dance” for a 17th season in February, little did they know reality shows that rely on live taping such as “American Idol” and “The Voice” would no longer be a reality, given the need for social distancing during the COVID-19 pandemic.

“SYTYCD” executive producer and judge Nigel Lythgoe has definitely been ruminating about a couple different scenarios for how the summer show would go on in this era of social-distancing and shared a few of his ideas with Dance SpiriMagazine.

“We’re scheduled to start shooting live tapings of Season 17 of ‘SYTYCD’ in August,” he said, while adding, “We don’t know how many people will be allowed in the studio, and how many live shows we can do, if any at all. It’s difficult to project what’s going to happen in August, but we keep preparing for it now.”

SEETravis Wall on his ‘So You Think You Can Dance’ opening number inspired by gun violence epidemic: ‘Enough is enough’ [WATCH]

Originally, live auditions were supposed to be held in Miami, New York and Los Angeles in late March and early April. But it seems that the producers switched to accepting video submissions during that entry period as the whole country began to shelter in place. The contestants they want to see more of will get a video of a routine that they have 48 hours to learn, perform and send back to producers.

“Once we get all those back, we’ll judge participants against each other doing the same choreography,” Lythgoe explained. One question still unanswered? Whether there will be a Top 20 dancers competing in live shows or a Top 10 like last season. On the season finale last September, the executive producer vowed to do a Top 20 and shrink all the angst during the Academy portion. Let’s see if he keeps that promise.

SEENo contest: 64% of ‘So You Think You Can Dance’ fans say b-boy Bailey Munoz bests the 5 past hip-hop winners [POLL RESULTS]

However, the top “SYTYCD” judge throws out a cool idea that would allow for audience participation, something he says he loves. “So if we can’t have our normal competition, another option is to put our past seasons in competition with each other, and have viewers vote for their all-time dancers and dances.” He adds, “There’s a lot you do in editing 16 seasons of material.”

Besides Lythgoe, ballroom diva Mary Murphy and choreographer to the stars Laurieann Gibson are expected to return as judges while Season 3 b-boy contestant Dominic “D-Trix” Sandovol is not. Of course, Cat Deeley will be resuming her role as host. The reigning winner of the title of America’s favorite dancer from Season 16 is Bailey Munoz, the first ever b-boy to be voted as the champ. Here’s hoping that one of the best-ever reality shows will find a way to satisfy fans even if they have to forego live shows.