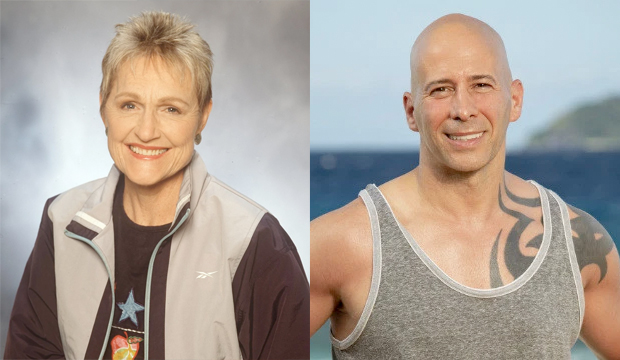 May 31, 2020 marked the 20-year anniversary of when a little show called “Survivor” first premiered on television. To mark the occasion, Sonja Christopher, now age 83, is breaking her silence on what it meant to be the first person ever voted off of CBS’s reality TV show. “Oh my God, what an experience!” she told Entertainment Weekly. “I’m so fortunate to have had it. And I’ve learned lessons about how to treat it, regard it, live with it, and go with the flow.” Watch a video retrospective of Sonja’s “Survivor” journey below.

As it turns out, Sonja is still a fan of the show after two decades and has some choice words for the winner of Season 40, Tony Vlachos. “He was such a loose cannon, it seemed,” she declared. “And his hiding in the tree almost seemed laughable. But it turns out apparently it worked for him!” She’s right — Tony recently became the second person to win “Survivor” twice following Sandra Diaz-Twine. See the updated winners list for all 40 seasons.

Sonja first stepped onto the island of Pulau Tiga, Borneo in 2000 as part of a 16-person cast that included eventual winner Richard Hatch, runner-up Kelly Wiglesworth and fan-faves Rudy Boesch and Susan Hawk. At 63, Sonja was the oldest woman on that season and remains, amazingly, the oldest woman to ever play the game.

“I’m very glad it happened to me at the age I did,” Sonja began, “because if it happened when I was younger, I would’ve really gotten caught up in it and it would’ve changed my life more, I think, not for the good. I became aware that it would be easy to lose myself and get caught up in this and I didn’t want to do that.”

A breast cancer survivor, Sonja was depicted as a positive influence on her fellow Tagi tribe mates, including when she serenaded them with the aid of her luxury item, a ukulele. During the show’s inaugural challenge, Sonja temporarily lost her balance while running with a platform, which caused Tagi to lose immunity. That prompted four people — Rudy, Susan, Sean Kenniff and Dirk Been — to write her name down at tribal council.

SEEKing Tony (‘Survivor’) wants you to stop calling him the ‘greatest’ player ever: It’s an ‘impossible’ label

“It was three for Sonja and three for Rudy,” she recalled about the votes. “When the fourth one with my name came up, I thought, ‘Who’s the Judas?’ And I didn’t find out for another three or four days until Stacey Stillman was voted off and came back to the resort where we were staying and told me that Susan voted me off. She said then, ‘She did it to me, too!'”

Was ageism part of the reason for Sonja’s early “Survivor” exit? She noted that she had “no concept” of ageism at the time, saying, “I was always good at sports and very active physically. I just didn’t realize I was, to some of these people, an old lady. And of course there was Rudy on our tribe, but he had a very strong sense of his military self. And he didn’t care. If he wanted something done, he’d bark at us in orders. But I pulled back. And so sadly they didn’t really get to know who I was.”

Even though she was voted out first, Sonja became an overnight celebrity due to the popularity of the show. “I could no longer go to the grocery store without being sure I put on my lipstick and my makeup,” she admitted. “People would ask me for my autograph, and I’d feel strange. And I’d say something like, ‘Well, this isn’t worth anything unless it’s on a check.'”