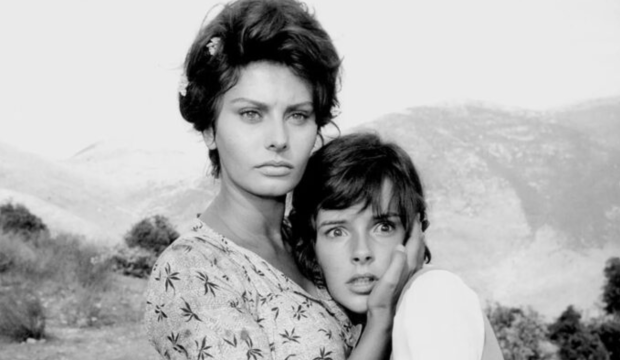 Time has not diminished the beauty and talent of Sophia Loren, who is garnering Oscar buzz for her acclaimed performance in the Netflix drama “The Life Ahead,” directed and co-adapted by her son Edoardo Ponti from Romain Gary’s 1975 bestseller “The Life Before Us.” The 86-year-old Oscar-winner (“Two Women”) plays Madame Rosa, a former prostitute and Holocaust survivor who lives in Naples where she takes care of children of streetwalkers including the rebellious Momo.

Loren has been a star for over 65 years, but her early life was anything but idyllic. She was born in a charity ward in a hospital in Rome. Her parents never married, and her father left her, her mother and younger sister Romida-who married Mussolini’s son. Loren and her family grew up poor as church mice in Pozzuoli, a small town outside of Naples.

Stunningly beautiful at an early age and at 14, Loren came in second in a beauty contest and traveled to Rome for the Miss Rome contest. The man who would become her husband, producer Carlo Ponti, happened to be one of the judges. She came in second. Ponti wanted to meet her. Loren told me in 2011 in a Los Angeles Times interview that “he said, ‘why don’t you come to my office in two or three days and talk a little bit.’ Little by little [our romance] started. I was so young. I was 16 years old and he was married and had two children. “‘

She became a full-fledged star in Italy in 1954 in Vittorio De Sica’s anthology comedy “The Gold of Naples,” as a sexy woman who loses her husband’s ring. And de Sica became her mentor. “He was my father in the profession,” Loren noted in my 2008 L.A. Times interview. “He really taught me everything. I worked with him, I think, 20 years. Marcello Mastroianni and I did about 14 films with him.”

Both Loren and De Sica came from Naples. “We understood each other with a look and a gesture. I was like a member of the family. He could make me to anything he wanted. He knew my character. It was just like we were one person.” Their greatest collaboration was “Two Women,” released in the U.S. in 1961 a harrowing World War II drama about a widowed shopkeeper in her early 30s and her teenage daughter who flee Rome after an Allied bombing raid.

Both the filmmaker and her husband wanted her to play the daughter (after all she was just 25 years old at the time) and Oscar-winner Anna Magnani to play the mother. Magnani refused. “She said ‘we have two strong characters, and we are going to eat each other up.’’ De Sica was very upset.” With Magnani out of the picture, De Sica fought for Loren to play the mother.

“I said I will never be able to do it,”  Loren told me. “I am 25 years old and I can’t have a daughter 18. He said the daughter is going to be 14. But I said even at 14, I am not a mother. He said just believe me. He sent me a telegram saying ‘I am going to do this film and I want to do it with you because I believe in you. That is the miracle of movies.”

One of the most gut-wrenching sequences in the drama is the devastating aftermath of the gang rape of the two women. “It was shot just in one take. “De Sica said, ‘Take. Print.’ I said ‘No, let’s do it again. He said ‘No, if something goes wrong with the negative, we will do it again. But it’s beautiful.’”

Loren made Oscar history as the first winner for a performance in a language other than English. She bested Audrey Hepburn (“Breakfast at Tiffany’s”), Piper Laurie (“The Hustler”), Geraldine Page (“Summer and Smoke”) and Natalie Wood (“Splendor in the Grass”).