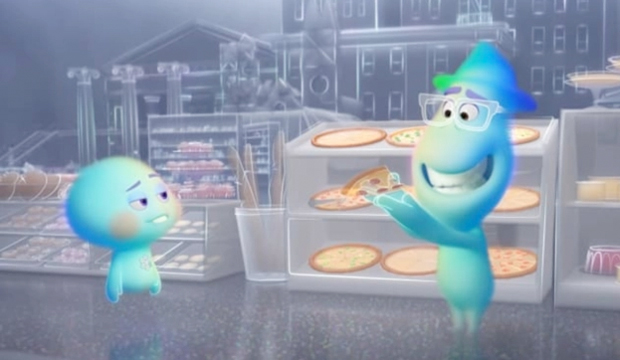 Pixar Animation Studios’ highly anticipated film, “Soul,” isn’t set to premiere on Disney+ on December 25, but early critics’ reviews indicate the “visually glorious” animated feature will be worth the wait. Oscar-winning director Pete Docter (“Up” and “Inside Out”) is at the helm of this “densely packed, exquisitely executed” feature that recently screened at BFI London Film Festival.

As  of this writing the film, which is Pixar’s first with a black lead character, has a MetaCritic score of 91 based on seven reviews. Over at Rotten Tomatoes, “Soul” has a perfect 100% freshness rating based on 13 independent reviews to date. Kaleem Aftab from “IndieWire” writes, “Like some of the best jazz compositions, it uses traditional framework to veer off in many unexpected directions, so that even the inevitable end point feels just right.”

This Oscar contender for Best Animated Feature follows middle school band teacher Joe Gardner (voiced by Jamie Foxx), who gets the opportunity of a lifetime to play at the best jazz club in town. But one day, he finds himself in a fantastical world known as The Great Before, a place where new souls develop before they arrive on Earth. The film also features the voice talents of Tina Fey, Phylicia Rashad, Ahmir ‘Questlove’ Thompson, Angela Bassett and Daveed Diggs. Original jazz music was created by Jon Batiste and the score was composed by Oscar winners Trent Reznor and Atticus Ross (“The Social Network”).

Could “Soul” be Pixar’s next family classic? Check out some of the reviews below, and join the discussion on this and more with your fellow movie fans here in our forums.

Wendy Ide (ScreenDaily): “Visually glorious, frequently very funny and genuinely profound, this is a picture which cries out to be seen on the big screen.”

Kevin Harley (Total Film): “Moving ever-onward from the sequels years, Pixar gets right back in the zone with Soul. Deep, witty, and fast on its jazz-loving feet, it doesn’t miss a beat.”

David Katz (The Film Stage): “Soul likes jazz very much. That’s a rare certainty in this ambitious film, which attempts to contemplate nothing less than the root of all human experience on this planet.”

Jason Solomons (The Wrap): “Soul is perhaps the most existentially ambitious film ever attempted by Disney and yet it pops with colorful visuals and gentle wisdom while the story clips along despite the dizzying height of the concept. Only in the final stages do the knots of plot complexity get the better the characters, but audiences will have been well won over by then.”

PREDICT the 2021 Oscar nominations through March 15Make your predictions at Gold Derby now. Download our free and easy app for Apple/iPhone devices or Android (Google Play) to compete against legions of other fans plus our experts and editors for best prediction accuracy scores. See our latest prediction champs. Can you top our esteemed leaderboards next? Always remember to keep your predictions updated because they impact our latest racetrack odds, which terrify Hollywood chiefs and stars. Don’t miss the fun. Speak up and share your huffy opinions in our famous forums where 5,000 showbiz leaders lurk every day to track latest awards buzz. Everybody wants to know: What do you think? Who do you predict and why?