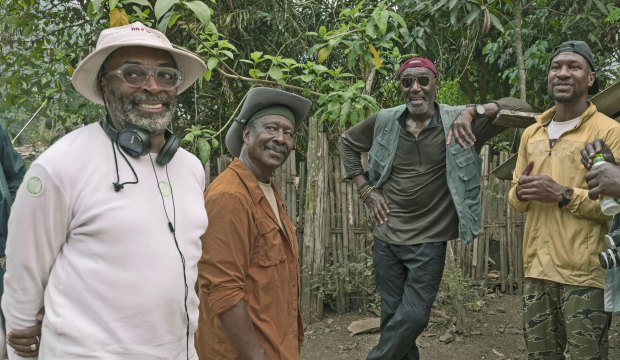 Given his stature as a groundbreaker in Black cinema, it’s surprising that Spike Lee didn’t earn his first Oscar nomination for Best Director until “BlacKkKlansman” (2018) — three years after he accepted an Honorary Oscar from the academy. That made him only the sixth Black director in history to make the cut. But none have ever been nominated in the category twice, and Lee would do just that if he returns to the lineup with “Da 5 Bloods.”

John Singleton made history as the first Black nominee in this category, and he still holds the record as the youngest filmmaker ever nominated: he contended for “Boyz n the Hood” (1991) when he was only 24. It took almost two decades for another Black director to be nominated, Lee Daniels (2009’s “Precious”). But there were four more over the next 10 years: Steve McQueen (2013’s “12 Years a Slave”), Barry Jenkins (2016’s “Moonlight”), Jordan Peele (2017’s “Get Out”) and the aforementioned Lee, who ended up winning for his screenplay but not for his direction.

Those other filmmakers have yet to make it back in, but Lee could with “Da 5 Bloods,” his Netflix drama about Black veterans of the Vietnam War who return to Asia to retrieve the body of their fallen squad leader. With its flashbacks and combat scenes, it’s a showier technical achievement than “BlacKKlansman.” And for that reason it especially stands out in 2020, when other ambitious films like “Dune,” “West Side Story,” “In the Heights,” and “No Time to Die” were moved out of this year’s Oscar race due to the COVID-19 pandemic.

As of this writing, Lee gets 18/1 odds for the Best Director Oscar, making him one of the top 10 contenders in the race according to the combined predictions of Gold Derby users. Eight of the Expert journalists we’ve surveyed are betting on him to make the final five: Eric Deggans (NPR), Matthew Jacobs (Huffington Post), Perri Nemiroff (Collider), Nikki Novak (Fandango), Christopher Rosen (Vanity Fair), Anne Thompson (IndieWire), Peter Travers (Rolling Stone) and Brian Truitt (USA Today). Are they right that Lee will make history?