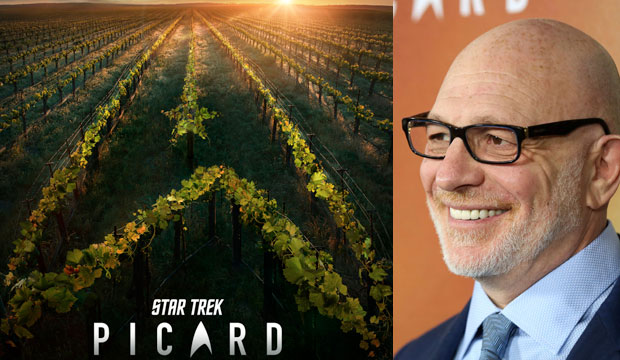 Writer-producer Akiva Goldsman thought Alex Kurtzman‘s idea of recruiting Patrick Stewart for “Star Trek: Picard” was “impossible” because it was “pretty well known” that “he did not want to revisit Picard, that he felt he had said what the character had to say. He didn’t want to do a ‘Next Generation’ redux. We knew that we had to go to him with something that wasn’t a replay.” Suffice it to say that their pitch to the actor was successful, and perhaps surprisingly, the film “Logan” helped pave the way. Watch our exclusive video interview with Goldsman above.

In 2017 Stewart reprised his role as Professor Charles Xavier in “Logan,” which imagined him and Hugh Jackman‘s Wolverine in their later years. That film earned an Oscar nomination for its screenplay, and Stewart picked up a Critics’ Choice bid for his supporting performance. “What was so amazing about ‘Logan’ to me was it was modern, it understood the passage of time. It was happy to embrace the promises of the future, both realized and unrealized,” says Goldsman. “So we wanted to live up to that … Those guideposts kept us on the straight and narrow when it came to not just redoing what had already been done.”

Goldsman is an Oscar winner for writing the screenplay for “A Beautiful Mind” (2001), but he’s always been a Trekker. “My first ‘Star Trek’ convention was 1976,” he explains. “I am a pathetically devoted ‘Star Trek’ fan. It was my favorite thing from the time I was little. I started watching it in reruns every night at 7:00pm on WPIX [in New York City].” Eventually Kurtzman invited him to work on “Star Trek: Discovery,” and he “never left.” Now working in such a famous franchise with a fan-favorite character like Picard is “a tight rope which I think anybody who wants to work with beloved material walks these days.”

“Picard” was renewed for another season before the first season even started airing. That’s the good news. The bad news is that the coronavirus pandemic put season two on pause, but writing is underway nevertheless. “We’re pretty deep into the story break and have started writing for season two,” Goldsman reveals. “We manage to do writers’ rooms by Skype. We’re lucky in that way.” Once that process is done, “like all other shows we will wait until we’re allowed to build. We’re excited to start.”