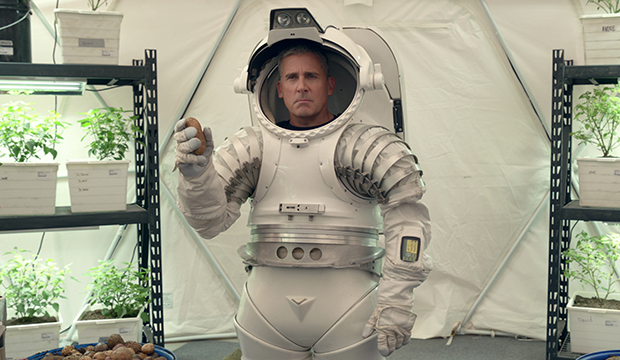 It’s no secret that one of Emmy’s worst blunders in recent memory was to deny Steve Carell a trophy for his iconic performance as buffoonish boss Michael Scott on NBC’s “The Office.” Indeed, Carell lost Best Comedy Actor six times between 2006 and 2011, just one shy of the category record shared by John Goodman, Hal Linden and Matt LeBlanc. Now that Carell is back in the awards conversation thanks to his Netflix comedy “Space Force,” could Emmy justice finally be served?

“Space Force” marks the return of Carell to comedic television alongside his “The Office” co-creator Greg Daniels. However, Carell has already been seen on our television screens and mobile devices since the fall thanks to the Apple TV+ drama “The Morning Show.” Yep, that means it’s possible Carell will be recognized with two lead nominations at the 2020 Emmys: Best Comedy Actor for “Space Force” and Best Drama Actor for “The Morning Show.”

Gold Derby readers have been dishing Carell’s “Space Force” performance all week in our TV forums. “Carell was very good,” writes Thatnerdgreg. “Contrary to what some people said before, his performance doesn’t feel anything like Michael Scott, as the character is completely different … I’m still predicting a Carell nomination. He’s not a lock, but people love him.” What do YOU think?