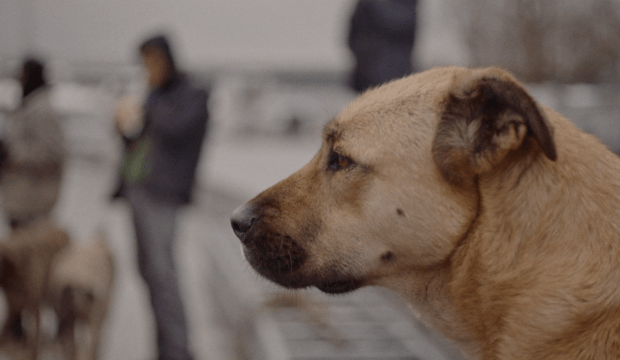 From 2017 to 2019 filmmaker Elizabeth Lo took to the streets of Istanbul to capture the lives of some of the transatlantic city’s most captivating creatures, stray dogs. In “Stray,” which is Lo’s directorial debut, we get a dogs-eye view of what it’s like to be homeless in Turkey’s largest metropolis. The feature documentary from Magnolia Pictures, the film studio behind 2018 Oscar nominee “RBG,” recently won Best Documentary Feature at the Hot Docs Canadian International Documentary Festival and critics are hailing “Stray” as “artful” and “intimate” with “jolts of humor.”

“Stray” focuses mainly on Zeytin, a strong, stoic female who casually meanders through traffic, going about her day as if she hasn’t a care in the world. She playfully chases a cat, greets her fellow canines in the street and even takes a snooze on the floor of a restaurant before being rudely interrupted by a delivery man. But the simplistic film, which clocks in at just 73 minutes, soon shows Zeytin and her canine cohorts intersecting with a group of young Syrians who share the streets with them.

The film quickly becomes about what it means to be an outsider. Those in society deemed less worthy because of their social status or circumstances in life. In one heartwarming scene we see Zeytin and another dog, Nazar, cozy up for a nap alongside homeless substance abusers in an abandoned construction site. The dogs don’t project judgement, disgust or pity on these outcasts. Instead, they provide companionship and unconditional respect for the ones who need it most.

Unlike most traditional documentaries, there are no interviews and we truly experience life through a dog’s eye. Conversations can be heard only in the background, from women in loveless marriages to refugees seeking sanctuary. At one point, Zeytin even joins a women’s march for equal rights, wagging her tail alongside her human counterparts until she has to fight off a canine suitor who gets a little too, shall we say, “pawsy.”

Eamonn Bowles, president of Magnolia, said in a statement, “‘Stray’ is a true gift to dog lovers and cinema lovers. Elizabeth Lo has delivered an incredible documentary about the lives of stray dogs in Istanbul.” Lo, who also edited the film, added, “I followed and filmed Zeytin, a street dog navigating scorn and mercy within the unique city of Istanbul, so that I could share with audiences a vision of independent canine life that’s hard for many to imagine.”