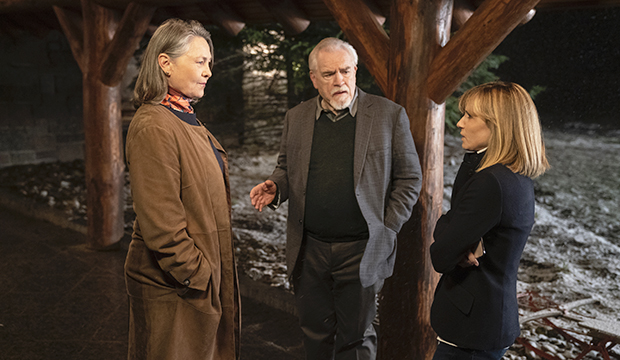 At the moment, Charles S. Dutton is the only performer to win back-to-back guest Emmys for two different shows, having triumphed in Best Drama Guest Actor for “The Practice” in 2002″ and “Without a Trace” in 2003. Most multiple winners across all four guest categories have won for different shows, which obviously makes sense, while the few consecutive champs have typically prevailed for the same role/show (Mel Brooks for “Mad About You” from 1997-99; Jay Thomas for “Murphy Brown” from 1990-91; Jean Smart for “Frasier” from 2000-01; Margo Martindale for “The Americans” from 2015-16).

Jones upset last year when she won for “Handmaid’s” despite limited screen time as June’s (Elisabeth Moss) mom Holly in her orphaned episode from the second season (she was nominated in 2018 for an earlier Season 2 episode but lost to co-star Samira Wiley). Jones herself was shocked she won, singling out her fellow nominees Phylicia Rashad (“This Is Us”) and Cicely Tyson (“How to Get Away with Murder”), who are in third and first, respectively, in our current odds.

The actress appears in the Season 3 hour “God Bless the Child” and is in the precarious sixth slot for “Handmaid’s.” She’s in fourth place for “Succession,” on which she guest-starred in two episodes, “Tern Haven” — which won a Writers Guild of America Award for drama episode — and the highly quotable “Argestes” (“We here for you”). As Nan Pierce, the head of media rival PGM that Logan (Brian Cox) tries to buy, Jones gives us one of the few uncompromising foils who isn’t afraid to stand up to the Waystar Royco titan. Her final scene is a huge argument between her, Logan and PGM CEO Rhea Jarrell (Holly Hunter), with the latter two futilely trying to convince her to take the deal, but Nan just calls them out on their B.S. and fires Rhea, while Logan screams at her pulling-away car like a child. (Honestly, Jones should win just for her line readings of “horse potatoes” and “good riddance to bad rubbish.”)

Of course, the big question surrounding “Succession,” the drama series favorite, is if it can finally break through in the acting categories in an industry-voted awards show. But Jones’ highly regarded stature and the name-checkiness of the guest categories ought to give her an edge even if the show struggles in the main acting races (sort of like how Martindale was nominated and won for “The Americans” before Keri Russell and Matthew Rhys were even nominated). And with unlimited nominating slots, voters could double up on Jones, who is also on the ballot for her supporting performance on the limited series “Defending Jacob.”

It should be noted that Jones withdrew her name from Best Drama Supporting Actress consideration in 2010 for “24” because she had won the year prior for her turn as President Allison Taylor. “So honestly it never occurred to me (or my two agents who know me well) to submit me this year,” she told Gold Derby then. “One of the lessons in life is to know when to leave well enough alone and be grateful.” Might she do the same this year for “Handmaid’s”?

Rounding out our top six are Jones’ “Handmaid’s” co-star Alexis Bledel, who won in 2017, is in second and “This Is Us'” Pamela Adlon in fifth.