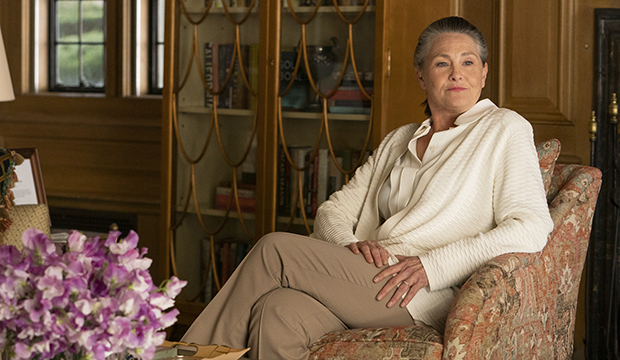 Cherry Jones was a surprise Emmy champ last year, prevailing in Best Drama Guest Actress for her, um, super brief appearance in “The Handmaid’s Tale” over favorite Phylicia Rashad (“This Is Us”). She’s back in the same category this year for “Succession,” but a victory this time would be far less shocking, though no less notable.

If Jones, who’s in second in our odds, wins, she’d join Margo Martindale as the only people to snag back-to-back statuettes in this category. Martindale, who also knows a thing or two about winning for short appearances, triumphed in 2015 and 2016 for “The Americans” (she’s nominated this year in limited/TV movie supporting actress for “Mrs. America”). Since Martindale won for the same show, Jones would also stand alone as the first to win two consecutive drama guest actress Emmys for different shows. Charles S. Dutton is the only performer to accomplish this twofer so far, winning Best Drama Guest Actor for “The Practice” in 2002 and “Without a Trace” in 2003.

Jones could’ve had double bids in the category as she was also on the ballot for “Handmaid’s” — and yes, she could’ve also split the vote with herself and not gotten in for either show. But now we know the momentum is ostensibly with “Succession.” The Best Drama Series front-runner went from zero to nine acting nominations, including two in drama guest actress for Jones and Harriet Walter. She could now split the vote with Walter for the win, but Jones arguably had the more impactful (and longer — she was in two episodes — though clearly length does not matter) appearance as Nan Pierce, the PGM head who summarily dismissed Logan (Brian Cox) and his deal like no one we’ve seen before. Walter is in sixth in our odds.

Jones faces three of her same rivals from last year, Rashad, Cicely Tyson (“How to Get Away with Murder”) and Laverne Cox (“Orange Is the New Black”), the former two to whom she gave a shout-out last year after being stunned by her win. Tyson, who with five bids is now the most nominated performer in the category, is predicted to win by a hair, with 19/5 odds to Jones’ 39/10. Rashad is in third and Cox is in fifth.

In fourth is Jones’ “Handmaid’s” co-star Alexis Bledel, who won here in 2017, kicking off the show’s three-year reign in the category (Samira Wiley, now back in supporting, won in 2018). 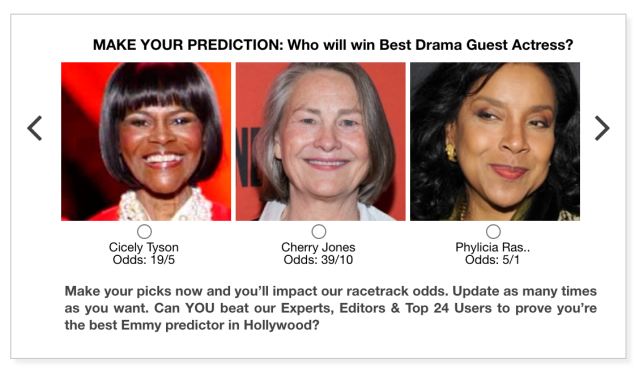