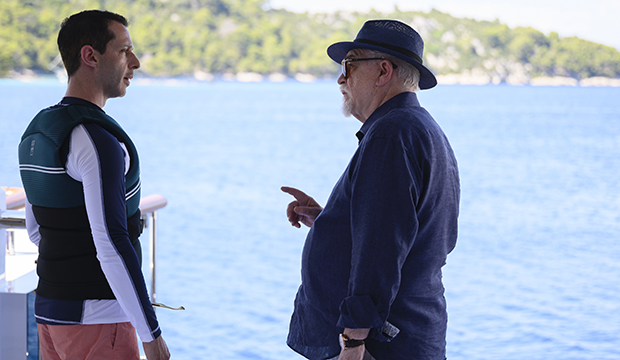 In a development straight out of “Succession,” Jeremy Strong has usurped his TV pops Brian Cox for the top spot in our Best Drama Actor odds with less than a week to go before the Emmys.

This is the first time the the duo will face off against one another at an awards show; Cox won the Golden Globe in January, but Strong wasn’t nominated, and vice versa at the Critics’ Choice Awards. Strong also nabbed a Television Critics Association Award nomination while Cox didn’t make the cut the single gender-neutral category.

SEE Emmy episode analysis: ‘Succession’s’ Jeremy Strong gets offered up as a corporate sacrifice in ‘This Is Not for Tears’

They are the 17th pair of co-stars to be nominated in the drama actor category, and with “Succession” being the drama series front-runner and having scored a leading nine acting bids, it feels like the show is strong (no pun intended) enough to pull off a victory here, vote-splitting be damned. Their fellow nominee Sterling K. Brown — who told Gold Derby last month he thinks Strong will win — overcame it three years ago, beating his “This Is Us” dad Milo Ventimiglia for the same prize.

This time around, Brown is in sixth place at 13/2, well back behind the top two, as are the other three contenders. Jason Bateman (“Ozark”) is closest in third at 9/2, followed by reigning champ Billy Porter (“Pose”) at 11/2 and Steve Carell (“The Morning Show”) also at 13/2. Carell is the only one in this lineup who can continue the weird nine-year trend of the award going to a first-year show or a final-year show. 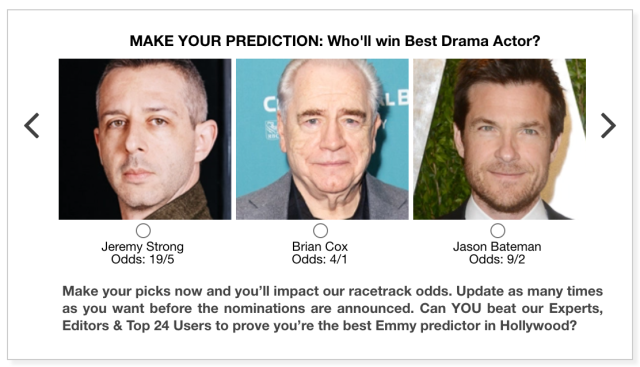