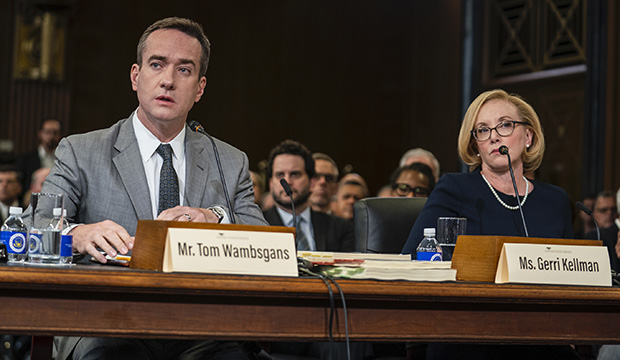 At the Golden Globes, “Succession” became the first show in a very long time — 13 years to be exact, since “Grey’s Anatomy” — to win its first Best Drama Series award for its second season. The HBO hit and drama series favorite can accomplish the same thing at the Emmys, except it’s an even longer dry spell there.

The last show to win its maiden drama series Emmy for its second installment was “The Practice” in 1998, 22 long years ago. How much have things changed since then? That was the last year in which the entire drama series field hailed from broadcast networks; “The Sopranos” put HBO on the map the following year, when “The Practice” prevailed again.

The David E. Kelley legal drama was one of three shows in the ’90s to first nab the top drama prize with its second season, the first two of which were kind of catch-up cases. A breakout hit, “NYPD Blue” topped nominations for its first season in 1994, but lost drama series to defending champ “Picket Fences.” The next year, “ER” was the new “NYPD Blue”: a freshman breakout that led nominations only to come up short — to “NYPD Blue,” which marked the only time the police procedural won. “ER” won its first and only drama series Emmy the following year.

Premiering in March 1997, “The Practice” was a midseason replacement whose first season consisted of just six episodes. It got zero Emmy nominations for that, but its monstrous 28-episode second season yielded four, of which it won three: drama series, supporting actress for Camryn Manheim and guest actor for John Larroquette (it lost writing). It’s not unlike “The Office,” another six-episode March midseason replacement that went on to win Best Comedy Series for its second outing in 2006 (in that case, that was the show’s only win that year from five bids).

Since “The Practice’s” second and final victory at the end of the century, every drama series champ has won its first Emmy for one of two seasons: the first or the fifth.

Only two of our predicted seven drama series nominees are competing for their debut or fifth installments: newbie “The Morning Show,” in sixth place, and No. 4 “Better Call Saul,” which earned its best reviews ever for its fifth and penultimate season. Three are in the running for their third: “The Crown,” in second; “Ozark,” in third; and “The Handmaid’s Tale,” in fifth. Along with limited series-turned-drama “Big Little Lies,” in seventh,” “Succession” is one of two in the top seven contending with a sophomore installment.

“Succession” had a well-received first season — it won two Emmys, for writing and its addictive theme — but it exploded in buzz and acclaim for Season 2, which bowed in August. It felt like a perfect storm of strong material and performances, and viewers catching up to the show and watching it for what it is: a dark satire gleefully eating the rich. It had a great run at the winter awards, topping the Globes, Critics’ Choice Awards, Producers Guild and Writers Guild of America Awards — its only blip coming at the Screen Actors Guild Awards, where it was snubbed entirely. While Brian Cox and Jeremy Strong won the Globe and Critics’ Choice Award, respectively, the show’s lack of industry acting support thus far — it got no acting Emmy bids last year either — could be cause for concern since that’s the largest peer group, but just because it hasn’t gotten any nominations yet doesn’t mean it can’t score a whole bunch this year or that actors actively hate it.

Perhaps a bigger downside is that “Succession” won’t have a new season airing during voting this year as filming hadn’t commenced on Season 3 before Hollywood went on lockdown. But if it can hang on to its frontrunner status, this Emmy sophomore slump may end just yet.